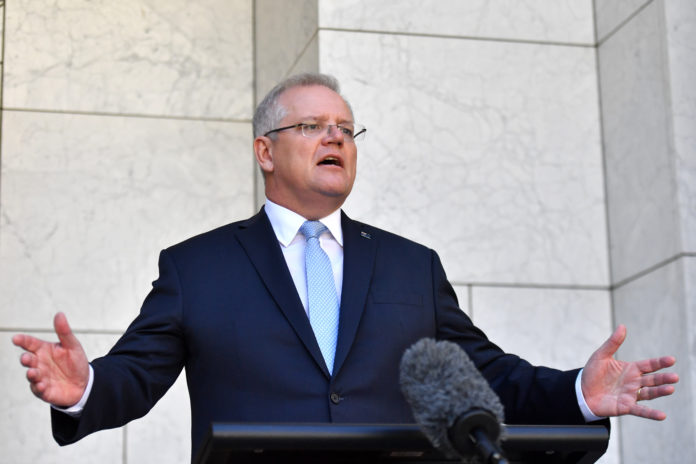 Source: The Conversation (Au and NZ) – By Anne Twomey, Professor of Constitutional Law, University of Sydney

trade, commerce, and intercourse among the States, whether by means of internal carriage or ocean navigation, shall be absolutely free.

“Intercourse among the States” in this context, means the movement of people, goods and communications across state boundaries.

If movement of people across state borders must be absolutely free, can the states hinder or even prevent such movement during the coronavirus pandemic? The short answer is “yes”.

“Absolutely free” does not mean what it says. The High Court has accepted that there can be limits if they are reasonable and imposed for a legitimate end, such as protecting the public from a dangerous disease.

What limits does the Constitution impose on the states?

A state cannot exclude people from entering it because it has some objection to them, such as their character or behaviour. For example, shortly after federation, NSW enacted the Influx of Criminals Prevention Act 1903 to prevent convicted criminals from other states entering New South Wales. It tried to use the act to prevent John Benson, a convicted vagrant, of entering the state.

But the High Court struck down the law because it prevented freedom of interstate movement in breach of section 92 of the Constitution. While some judges recognised that a state may have power to act where it is necessary to protect “public order, safety or morals”, they did not consider that the exclusion of vagrants could be justified as such a necessity.

Since then, the High Court has accepted that a state law may impede the entry into the state of persons, animals or goods that are likely to injure its citizens. These include risks of the transmission of animal and plant diseases and the entry of noxious drugs.

is to protect the State or its residents from injury, a law which expressly prohibits or impedes movement of the apprehended source of injury across the border into the State may yet be valid.

A court would need to consider the severity of the restriction and the need for the measure.

If the law is enacted for a purpose other than simply impeding movement across state boundaries, such as to protect public health, and the measures imposed are appropriate and adapted to fulfilling that purpose, then the law is likely to be held to be valid. It will depend on the factual circumstances in any particular case.

What about current proposals to restrict movement across state borders?

Current proposals to restrict the movement of people across state borders are clearly for the legitimate purpose of protecting public health. No one could argue that the reason is “protectionist” or simply an objection to residents from other states entering the state.

So far, actions and proposals by various states have not been directed at preventing people from crossing state borders. Instead, they have involved health checks and requirements to self-isolate for 14 days if they do enter the state.

While this may impose a “burden” on interstate movement of people, it does not prevent it, and the self-isolation requirement seems to be appropriate and adapted to the public health need.

The states have also made appropriate exceptions, such as in relation to emergency service workers and people transporting goods in and out of the state. An exception may also need to be made to ensure that federal members of parliament can travel to and from Canberra to fulfil their representative functions.

If more extreme measures were taken, which could be regarded as not being appropriate and adapted to achieving the protection of public health, then they would be more vulnerable to legal challenge.

But in any case, the High Court would take into account the evidence that the state was relying on and its efforts to calibrate the restrictions appropriately in the circumstances. More extreme risks may justify more extreme measures in limiting interstate intercourse.

Are there any other constraints on states ‘going it alone’?

First, any state action must fall within its existing legal powers. These include those under its public health legislation, or it first may need to enact new legislation or make appropriation regulations under existing statutes. If a state is restricting the liberty of its residents, then it needs lawful power to do so.

Read more: Coronavirus modelling shows the government is getting the balance right – if our aim is to flatten the curve

Thirdly, if the federal parliament wished to override particular state laws, and it had a source of constitutional power to legislate (such as its power with respect to quarantine), then it could legislate in such a way as caused an inconsistency, rendering the state law inoperative to the extent of the inconsistency.

The states can close borders to protect their citizens

Overall, despite the constitutional guarantee that intercourse among the states shall be absolutely free, the states retain a degree of latitude to limit border-crossing as long as it is appropriate and to protect public health.

– ref. States are shutting their borders to stop coronavirus. Is that actually allowed? – https://theconversation.com/states-are-shutting-their-borders-to-stop-coronavirus-is-that-actually-allowed-134354