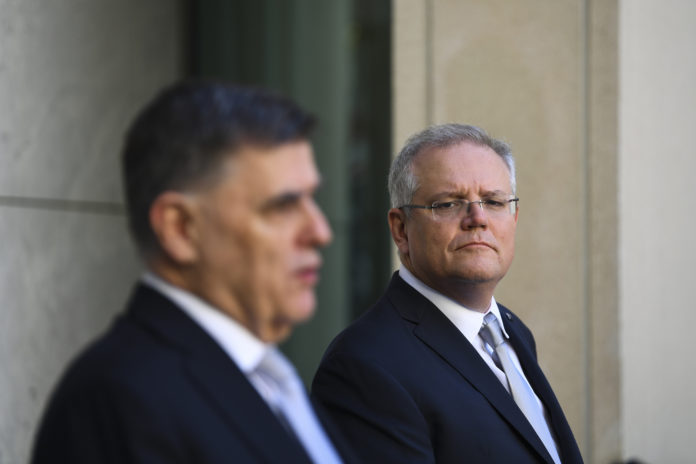 The term “human security” was first adopted by the United Nations Development Program in 1994. We speak far less of it now than we did then. Yet the cataclysmic events of this year should remind us national security is no longer to be thought of in terms of conventional warfare and military expenditure.

Put simply, human security encompasses all those threats to survival that are not military or state-sponsored, and therefore tend to fall beneath the radar of those who imagine security in conventionally “hard” terms.

The recent bushfires and the coronavirus pandemic reveal imminent threats from climate change and global diseases that threaten the very survival of what we take for granted. Yet governments have been far less willing to commit to responding to these issues than to increasing military budgets.

When the concept of human security emerged it was designed to address seven themes: “economic, food, health, environmental, personal, community and political security”. While these terms may seem too broad to be useful, all of them are directly related to the crises now facing the world.

These crises have taken me back to a large research project with several colleagues on rethinking the relevance of human security.

There is a voluminous literature on the meaning and limitations of human security. When he launched the book based on our research, the former foreign minister Gareth Evans defined it as an attempt to link conventional understandings of national security with the needs of human development:

In the book, I wrote:

Australia is unlikely to face a military invasion, of the sort we might have experienced in World War II, but its security is threatened by a series of global upheavals around food, water, new epidemics, transnational crime and climate change.

Over the past few years, the Australian government has increased military expenditures to the point where we are now among the top 15 countries ranked on defence spending.

Of course, our expenditure is trivial compared to the United States and China, but there is a powerful lobby pushing to increase it. At the same time, the government has made major cuts to overseas development assistance, is resisting the need to seriously cut emissions and appeared unprepared for the severity of the coronavirus epidemic.

Growing concern about the rise of China and the unpredictability of the United States has meant we ignore the more immediate threats to our security, even as they are looming around us. Most troubling, perhaps, is the government’s dislike of global institutions in a period when we need global cooperation more than ever.

Prime Minister Scott Morrison has made several attacks on what he terms an “unaccountable internationalist bureaucracy”. In this he appears to be following the lead of US President Donald Trump. Our declining foreign assistance budget is lessening the capacity of countries in our region to respond to health and climate emergencies.

The failure of the United States to provide leadership on either climate change or the coronavirus has emphasised the importance of great powers grasping that even their survival depends upon global action. Arguably the authoritarian Chinese regime, for all its unpleasantness, understands this better than the Trump administration.

It is a common aphorism that generals always fight the last war. Debates about the rise of China and the need to increase our military capabilities overlook the fact the most immediate threats to national security are not conventional military ones.

There are hints of this in Australia’s foreign policy. A statement from Foreign Minister Marise Payne noted:

But the shadow minister, Penny Wong, has argued:

‘Security’ has a much broader connotation than the more threat-based protective and response concepts on which a lot of public policy concentrates.

But these statements stand apart from mainstream debates about “national security”, which remain dominated by concerns about military build-ups and terrorism.

After unparalleled bushfires and coronavirus, the concept of human security gives us the language to reassess the most immediate threats to our survival and the need for global cooperation to respond to them.

– ref. In the wake of bushfires and coronavirus, it’s time we talked about human security – https://theconversation.com/in-the-wake-of-bushfires-and-coronavirus-its-time-we-talked-about-human-security-133914