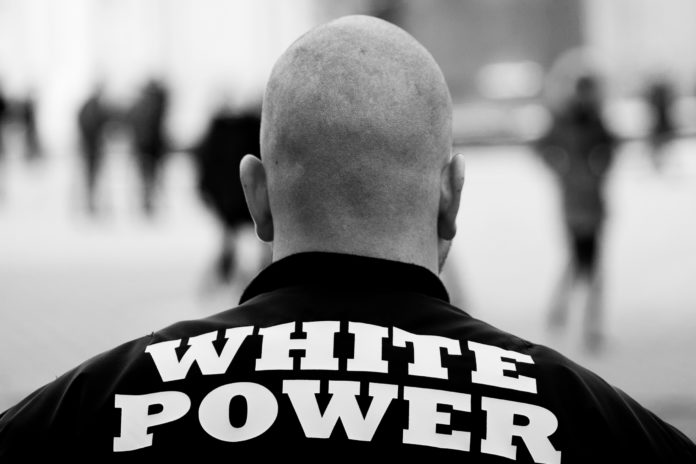 Source: The Conversation (Au and NZ) – By Jessie Smith, PhD in Law, University of Cambridge

This week, Kristina Keneally announced plans by Labor to review the nation’s register of terrorist organisations.

ASIO sounded an alarm last month that far-right groups pose an elevated threat to Australian national security. Cells have met to salute the Nazi flag and train in combat. ASIO is now investigating twice as many far-right leads as last year.

However, to date, no far-right group has been banned in Australia. This sits in contrast to the UK, where National Action and other far-right groups are outlawed and members have been convicted of terror-related and other crimes.

Keneally asks whether our laws are fit for purpose. One year after the Christchurch massacre, it’s time to investigate whether enough is being done to address the far-right threat in this country.

How groups are listed on the terror register

The definition of terrorism underpins the way terror organisations are registered in both the UK and Australia. Australia designed its laws from a British template, so the definitions are very similar.

At its core, a “terrorist act” is defined as conduct with special characteristics – namely, the advancement of a “political, religious or ideological cause” and the coercion of government or the intimidation of the public.

There are two ways to counter far-right groups in Australia.

The first is through the proscription process, or the creation of a “list” or register of banned groups.

To list a group on the national register, Home Affairs reviews intelligence from ASIO and must be satisfied the group is directly or indirectly engaged in, preparing, planning, assisting, fostering or advocating terrorism. There is huge symbolism in proscription. It is the highest level of disendorsement, as it can allow the government to label a political movement as criminal.

There is good reason for the government to be selective – many hundreds of groups can meet the broad definition of terrorism. For instance, any rebel group in a war zone fits the bill, including allies we arm, train and partner with, such as certain groups in Syria.

Home Affairs Minister Peter Dutton is therefore guided by discretionary factors, such as a group’s ties to Australia and its threat profile and nature of its ideology. Most groups on the terror list are large, well-resourced Islamist outfits such as Boko Haram and al-Qaeda.

The second way to affix a terrorist label to a group is by satisfying a jury, at trial, that it meets the legal criteria of “terrorist organisation”. This process does not involve Home Affairs; the decision rests with the jury.

Smaller, home-grown cells have been tried in this way, such as the conviction of the Benbrika group (the “MCG plotters”) in 2006. The jury found they were members of a terrorist organisation despite their absence from the national terror register. As such, leaving a group off the list does not create a meaningful gap in the law.

This two-tiered approach allows flexibility. At times, a group might not have a name, or it might not be organised or have a public profile.

There might also be operational reasons for ministerial restraint for not listing a group, such as fear that public declarations could disrupt covert police investigations into its activities.

Why have far-right groups been banned in the UK?

So, what explains the difference between the UK and Australia when it comes to dealing with far-right groups?

Despite Keneally’s concern, there is no meaningful difference between proscription criteria in the two countries. The UK includes violence committed on racial grounds, but this is matched by our reference to ideological motive. The UK looks to those who “glorify” terrorism, but we include groups that “advocate” or “praise” similar conduct.

However, one way the two countries diverge may be in the scale of the threat.

National Action, a neo-Nazi group whose members have called for a “race war”, has a large following in the UK. Members cheered the murder of MP Jo Cox and have been jailed for plotting to kill other left-wing politicians.

The far-right in Australia may not yet have gained the same momentum.

Keneally is trying to figure out whether the failure to list far-right groups in Australia is due to the law, the lack of sufficient threat or the lack of political will.

But the law is fit for purpose, and ASIO has issued a serious public warning. What’s left hanging is politics.

Rather than review the criteria for proscription, Keneally should press for an enhanced role for parliament’s intelligence and security committee over Home Affairs.

Read more: ASIO chief’s assessment shows the need to do more, and better, to prevent terrorism

Parliament’s intelligence and security committee can currently review (and veto) a decision by Dutton to add a group to the register of terror organisations. But the committee cannot intervene in cases Home Affairs deliberately rejects.

Perhaps an expanded parliamentary review function over the minister’s decision-making and the department’s method of prioritisation would give Keneally the answers she seeks.

In response to ASIO’s warning on far-right groups, Dutton was quick to label Islamists as “left-wing” extremists.

Despite Labor’s objections to this characterisation, Islamic extremist and “far-right” groups have much in common – all are driven by elements of hate, misogyny, supremacy, destruction and brands of extreme social conservatism. All deserve sober consideration, whatever the label, and without political distraction.

– ref. Australia recognises the threat posted by far-right groups. So, why aren’t they listed on the terror register? – https://theconversation.com/australia-recognises-the-threat-posted-by-far-right-groups-so-why-arent-they-listed-on-the-terror-register-134019