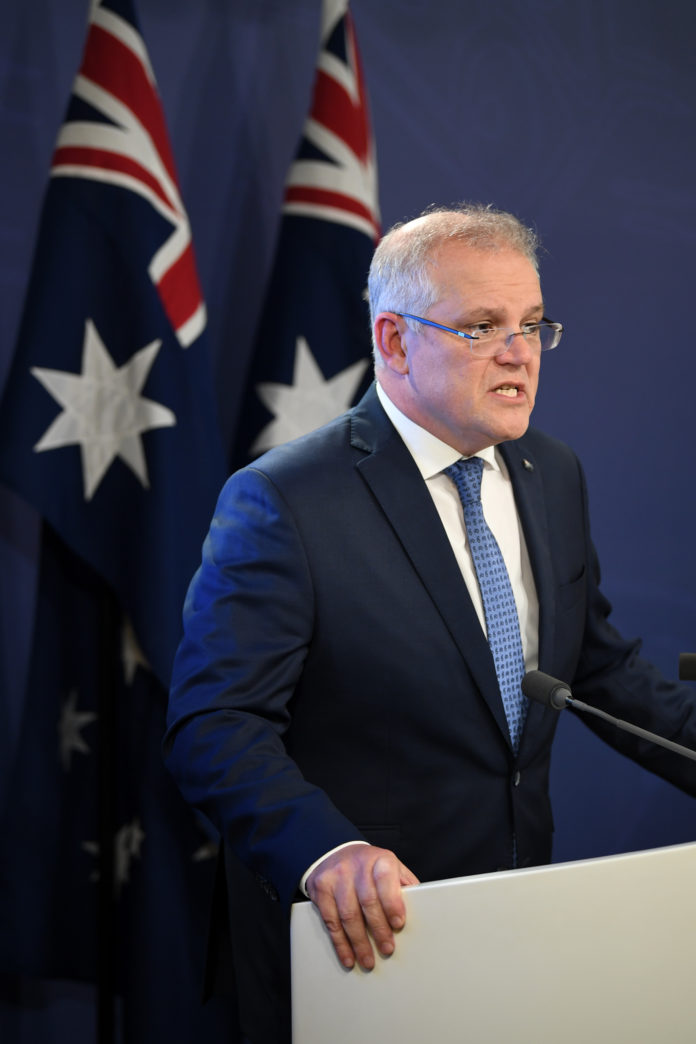 It’s appropriate the federal-state national cabinet is being dubbed a “war” cabinet because surely this country has not experienced such a sense of crisis since the dark days of World War 2.

As the coronavirus cases escalate rapidly, there is an increasing feeling things are starting to run out of control.

More and more drastic measures have been imposed, with further ones certain to follow, and critics declaring they are not enough.

Many people are strung out.

Read more: Can I take the dog for a walk? Can I put the kids to bed? What you should and shouldn’t do if you’re in coronavirus self-isolation

Coronavirus tests must be restricted, because required material is in limited supply, a preparedness problem. When told they don’t qualify for testing some people are reacting aggressively.

Some businesses are already collapsing. Others, including bigger ones, are coming under acute pressure.

The initial, slightly amusing, assault on toilet paper has turned into continuing bizarre scenes in supermarkets as people rush to hoard a range of food and other items. Special shopping times are being set aside in some stores so the elderly and frail can get access to what they need.

Alarmed parents are demanding the schools be closed, despite the medical advice that shutting them could be counter-productive. Some are withdrawing their children anyway.

On the Nine Network Karl Stefanovic had a run-in with Scott Morrison, dismissing the medical advice. “I worry about my kids getting it, irrespective of whether it’s harder for them to get it or that they can handle it better,” he said.

What’s really alarming is that all this is happening before the big impact even starts to hit.

On Tuesday the national cabinet will discuss reducing the 500 limit on inside gatherings, restricting visits to aged care facilities, and ANZAC Day arrangements (with the RSL already cancelling plans).

The size of indoor gatherings is expected to be cut, and ANZAC Day events will be symbolic, rather than occasions for public participation. On Monday more information was being sought about visits to aged care facilities.

Further economic measures are in the pipeline. Within days of announcing its $17.6 billion stimulus package Morrison, Treasurer Josh Frydenberg and Finance Minister Mathias Cormann are drafting a multi-billion top up.

It seems no one is even thinking about the budget bottom line anymore – the urgent imperative is to put a floor under the economy. A week ago all the attention was on the June quarter – now the September one must be under threat of negative growth.

In this vicious viral spiral, there is a cruel irony.

The latest “scaling up” of the health response, including the ban on mass gatherings and requiring everyone arriving from overseas to self isolate, delivers a blow to the economy and businesses – which now requires a “scaling up” of the fiscal measures to deal with the impact.

The new package is set to be announced later this week. If it needs legislation, that would be amalgamated with the first package, which goes to parliament next week.

Further initiatives on the health side may do additional economic damage, and so the cycle will continue.

Radio presenter Alan Jones on Monday condemned what he saw as excessive hype. Interviewing Morrison, Jones said: “ I do feel that this alarmism has taken root and it has overtaken the persistence with which you have said [for] the majority, about 8 in 10, it’ll be a mild illness and it will pass.”

Jones regarded Peter Dutton as “a metaphor” for this.

Dutton, who tested positive last week, is now home from hospital. He told Sky his family had been willing to “clear out” to enable him to self-isolate there. The home affairs minister participated in Sunday’s cabinet national security meeting remotely.

Read more: View from The Hill: Coronavirus hits at the heart of Morrison’s government, with Peter Dutton infected

Members of the public will still be free to access the public areas. But they won’t be able to watch proceedings in the chambers next week. Fewer passholders will be allowed into the private parts of the building, and MPs’ staff numbers will be kept down next week.

Parliamentary committees have been asked to limit their activities.

The meeting of the Senate committee inquiring into the sports rorts affair, due on Monday to hear long-awaited evidence from the secretary of the Prime Minister’s department, Phil Gaetjens, was postponed. No dates have been set for the hearings to resume.

Morrison is still working on proposed arrangements for the sitting that will pass the stimulus package. It will be done with a “mini” parliament.

Those who do have to come to Canberra will be anxious to be out of the place as quickly as possible.

The opposition has promised co-operation with the government’s measures. Labor has been treading a fine line during the crisis, extending broad bipartisanship but also arguing more should have been done and faster.

On the ground, people will be grappling with extraordinary realities that would have been absolutely inconceivable just a couple of months ago but could extend many months into the future.

– ref. View from The Hill: Government forced to “scale up” fiscal response to deal with impact of “scaled up” health response – https://theconversation.com/view-from-the-hill-government-forced-to-scale-up-fiscal-response-to-deal-with-impact-of-scaled-up-health-response-133816