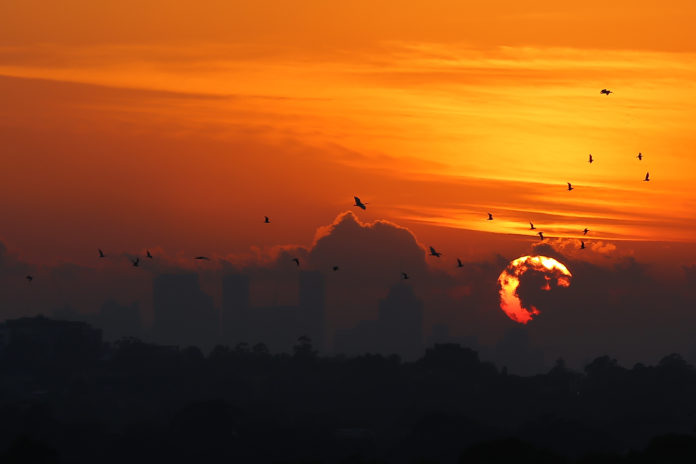 This article is part of a series in The Conversation on radical ideas to solve the environmental crisis.

In 1896 Swedish scientist Svante Arrhenius explored whether Earth’s temperatures were influenced by the presence of heat-absorbing gases in the atmosphere. He calculated that if carbon dioxide concentrations doubled, global temperatures would rise 5℃ – even more at the poles.

Just over a century later, the world is on track to fulfilling Arrhenius’ prediction. If we continue on the current trajectory, Earth will warm up to 4.8℃ above pre-industrial times by 2100.

We are a group of experts in physics, geology, science education, coral reefs and climate system science. We believe the lack of progress by governments in reducing global emissions means bold solutions are now urgently needed.

We must fight climate change like it’s World War III – and battle on many fronts. Here we examine four of them.

Tree-planting has enormous potential to tackle to climate crisis. Recent research calculated that worldwide 900 million hectares of additional tree cover could exist outside of already-established forests, farmland and urban areas – sufficient to store 25% of the current atmospheric carbon pool. Forests act to increase cloud and rainfall and reduce temperatures.

The grand vision of the Gondwana link project in Western Australia is an example of what can be done. It is reconnecting fragmented ecosystems to create a continuous 1,000km corridor of bushland.

Broadscale land clearing must cease and a massive program of tree planting should be implemented in all possible areas. Such a program would provide huge small business employment opportunities. It requires incentives and partnerships that could be funded through taxes on carbon emissions.

Renewable energy-powered desalination may be required in some places to provide the water needed to establish forests in drought conditions. This meshes with an important new technology: carbon mineralisation.

Carbon mineralisation involves turning carbon dioxide into carbonate minerals by emulating the way seashells and limestone are made naturally.

Many techniques have been researched and proposed. These include capturing carbon dioxide from industrial plants and bubbling it through brine from desalination plants, or capturing it from nickel mine tailings using bacteria.

Huge quantities of CO₂ can potentially be captured in this way, creating useful building materials as a by-product.

Demonstration plants should now be trialled in Australia, with a view to rapid scaling up to commercialisation.

Changing the reflectivity of surfaces, such as by painting a dark roof white, reduces absorbed heat enormously and could cool cities. On larger scales we can dust asphalt roads with limestone, retain pale stubble on farms over summer and plant paler crops.

Studies suggest lighter land surfaces have good potential for cooling at a regional scale, and may lower extreme temperatures by up to 3℃.

Economic mechanisms are essential to accelerate the transition to renewable energy, energy storage and zero-emission transport.

The international shipping industry emitted about 800 megatonnes of carbon dioxide in 2015, and this figure is expected to double by mid-century.

For all ships not powered by renewable energy, research suggests speed limits could be lowered by 20% to reduce fuel use. Australia could lead the world by scaling berthing charges according to satellite-monitored ship speeds.

Australia should also follow the lead of Norway which offers generous financial incentives to encourage zero-emission vehicles (powered by hydrogen or electricity). These include sales tax exemption and free parking in some places. And it’s worked: almost 60% of new cars sold in Norway in March 2019 were reportedly entirely electric-powered.

The above list is by no means exhaustive. Australia’s bid to sell emissions reduction to the world as renewable hydrogen and electricity should be massively accelerated, and expanded to the scale of the Apollo mission’s race to the Moon.

We must slash emissions from agriculture, and re-establish soil carbon reservoirs lost through modern agriculture. We also suggest a major military response to bushfire, including a water-bombing air fleet and airfields within two hours of every fire risk location.

Finally, the war demands a central headquarters providing leadership, information and coordination – perhaps a greatly expanded version of the Greenhouse Office established under the Howard Coalition government in 1998 (but later merged into another government department). The office should provide, among other things, information on the climate cost of every item we use, both to aid consumer choice and tax climate-harming products.

Some technologies may prove too costly, too risky, or too slow to implement. All require careful governance, leadership and public engagement to ensure community backing.

But as global greenhouse gas emissions continue to grow, governments must deploy every weapon available – not only to win the war, but to prevent the terrible social cost of despair.

The full report on which this article is based is available here.