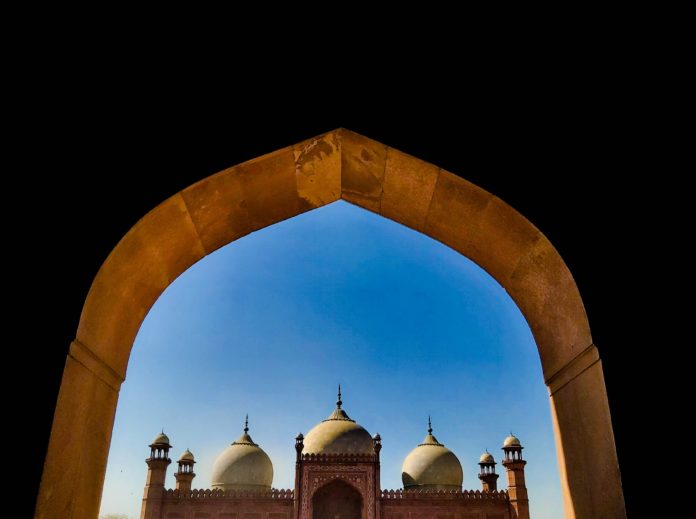 Source: The Conversation (Au and NZ) – By Alison Carroll, Senior Research Fellow, Victorian College of the Arts, University of Melbourne

Yesterday I was clever, so I wanted to change the world.

Today I am wise, so I am changing myself.

Shirin Neshat, Iranian-born though living in New York, has captured audiences around the world with her visually haunting black and white videos of loss and yearning. Three of her recent works, Illusions and Mirrors of 2013 (which stars Natalie Portman), Roja and Sarah, both of 2016, are on view at the National Gallery of Victoria until April.

NGV curator Simon Maidment, in an accompanying essay, reveals the influence of Western sources on Neshat, like the Surrealists and Nouvelle Vague (French New Wave) filmmakers, as well as parallels with Freudian and Lacanian psychoanalysis.

But the deeper, older rhythm here is the power of Iranian, or Persian, civilisation itself, the richness of its culture, and the depth of its aesthetics and beliefs.

A central role of the arts in Islam is to enable each person an easier route to transcendence, to achieve a greater closeness to God. It is a role in which each person cleanses themselves of their outer trivial concerns, releasing their minds and their spirits from worldly cares to gain equanimity and peace.

For traditional Persian arts, it means a focus on music and words, through poetry and calligraphy. Visual and theatrical art usually eschews prosaic content – though Persian miniature paintings have portrayed mythical heroes and illustrations of poetic stories to much admiration.

One of the clearest forms of Islamic art in which this is manifest is architecture, built most obviously in the form of mosques, and naturally, in gardens: spaces in which to find this closeness to God. Neshat talks about her childhood garden as paradise. Visitors can stand in the 17th century Mughal, Persian-influenced Badshahi Mosque in Lahore, Pakistan, with its central vast courtyard empty of physical objects, open to the sky, surrounded by sheer red inlaid stone walls, and feel its encouragement to let their rational, earthly mind slip away.

We have our own such building in Melbourne, the Newport Mosque designed by Glen Murcutt, a square space empty of objects but with coloured inset ceiling glass catching the changing sun obliquely. Even an unbeliever like me can find serenity in this.

Neshat’s film installations give us space to still our thinking and immerse ourselves in her visual and aural offering. Nothing is resolved for us. Few words are ever used. The content or story is always elusive.

Her figures yearn for things that are never clear, seen from her earliest works, with flocks of black-clad women rushing to and fro across desert landscapes, never finding what they are seeking.

Her recent videos have a theme of migration and belonging, but that seems superficial in comparison to this wider emotion. As her heroines submerge in water, so we submerge into her spare visuals, seeking our own truths.

This Persian understanding is central to one of Australia’s leading artists: Hossein Valamanesh, coming here after art school in Tehran in 1973. His work also leaves things unsaid with a similar restrained clarity to that of Neshat – he lets us find the truth of the work ourselves. His 1993 Sufi dancer, The lover circles his own heart, is a simple whirling piece of cloth.

Asia TOPA recently highlighted Sufi singer Abida Parveen in its program, the diva giving one concert in Melbourne to over 2000 delighted fans.

Abida-ji says she sings of love for the divine. Listening to her is to enter another physical realm, and indeed to be transported to some other level of bodily awareness. Each person in the Melbourne audience was moved – carried way as surely as a pop audience might be by a reigning star.

Persian influence in our midst

Abida-ji is Pakistani, from a culture infused with Persian influence, but less courtly, refined and restrained, and often, in contemporary art, more vital.

When Islamic thinking comes to the fore, it can be clad in more commonplace clothing. Karachi artists Durriya Kazi and David Alesworth’s Very Very Sweet Medina of 1999, now in the collection of the Queensland Art Gallery of Modern Art, is full of blazing colour and human form, yearning again – literally here – for paradise, but visualised as a beautiful earthly house. Kazi was behind the 2006 Commonwealth Games Love is Life tram that pulsated around Melbourne.

There is not just Hossein Valamanesh, or that tram, somewhere bundled away in a Melbourne shed, but the work of immigrants like Nusra Qureshi, Rubaba Haider and Khadim Ali, all trained in the ancient Mughal art of miniature painting at the National Art School in Lahore, and all making marks for themselves here and internationally.

They are part of the subtle web of creative people from the old Persian network of influence, like Abida Parveen, Durriya Kazi and Shirin Neshat, who have brought the rich strains of that culture here and created a new, vibrant, evocative space for us all.

The old Persian empire had wide influence, but it also allowed other cultures their own way. A reminder is the display NGV recently mounted of its Rajasthani miniature paintings. They pay homage to Persian tropes, with their stories of heroes, their colourful flatness of form and love of detail, and they are universally loved for this.

However, though made in courts close to Muslim Mughal centres, these paintings were painted for Rajput princes, Hindus. They are mostly secular stories of princely life, painted to celebrate living men. Transcendence and that sense of elusive possibilities are in short supply.

Shirin Neshat’s Dreamers can be seen at NGV International until 19 April.

No new cases of covid-19 as NZ eases restrictions in Auckland, nation

Israeli court rules Malka Leifer should be extradited to Australia, but...

New Zealand relaxes COVID-19 restrictions, except for Auckland. How much longer...