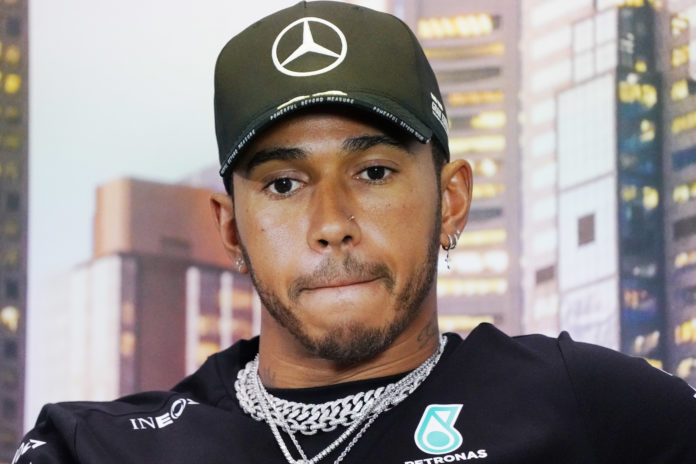 Packed stadiums are the bread and butter of sports. Crowds create stadium atmosphere and generate revenue. For a global industry built on live entertainment and big crowds, the continued spread of COVID-19 could be disastrous for international sports events.

Australia’s sports leagues and teams are not immune, though in recent days, it would be hard to tell.

Despite the cancellations of major international sporting events like the Indian Wells tennis tournament and the Chinese Grand Prix, and European football matches being played in closed stadiums, a record crowd of 86,174 fans descended on the MCG to watch the T20 Women’s World Cup final last weekend.

Days later, the decision to hold the match looked ill-advised when the government put the cricket match on its list of exposure sites for coronavirus cases.

This weekend’s Australian Grand Prix was finally cancelled this morning, but only after organisers held an emergency meeting to discuss various options with fans lined up at the gates.

The event was thrown into doubt after the McLaren team pulled out when a team member tested positive for coronavirus and several members of other teams were quarantined with flu symptoms.

Now, with the rest of the NBA and NHL seasons in the US being suspended and the MLB season being delayed, Australian sports leagues are finally starting to take action.

The NRL announced today its first round of matches would go ahead as normal this weekend after Prime Minister Scott Morrison banned public gatherings of more than 500 people, but future matches would be played behind closed doors. The AFLW and NBL made similar announcements, while a decision is expected to be forthcoming from the AFL within days.

This is a positive sign, but there are worrying questions why it took Australian sports officials so long to act, particularly when stadiums and arenas were emptying out so quickly in other countries.

Some leagues too slow to act

For health officials, the timing is important. Just days ago, Victorian Health Minister Jenny Mikakos said that since there had not yet been any reported cases of “community transmission” of the virus in Victoria, the Australian Grand Prix, in particular, could go ahead.

However, this changed today when Premier Daniel Andrews said no spectators would be allowed at the Grand Prix “on public health grounds”.

Officials elsewhere in the world haven’t waited this long to make tough calls on cancelling events. The Indian Wells event in California was cancelled after a single case of coronavirus was confirmed locally. (The ATP Tour was then suspended for six weeks.) And the upcoming Bahrain Grand Prix decided days ago it will be held on a closed track with no spectators.

There have been mixed messages on whether it’s safe to attend NRL matches, as well. Prime Minister Scott Morrison tried to appeal for calm by saying he would be going to the footy this weekend, but an infectious disease specialist said this morning he was incredulous the season hadn’t already been cancelled.

The NRL finally decided today to play upcoming games in empty stadiums. It also announced stringent rules for its players, including bans on community outreach and minimising contact with fans.

But these moves were remarkably slow to materialise and the season began as usual this week with arch-rivals Parramatta and Canterbury playing in front of a sizeable crowd. In recent days, CEO Todd Greenberg has also been urging fans to continue “to go to public events” and “do your normal activities”.

We will put plans in place, we are not jumping to any conclusions just yet, but of course we are mindful of the problems that might exist.

More than mindfulness is required. This wait-and-see approach looks weak now that the world is in the midst of a pandemic. Contingency plans should have been developed long before the start of the season, with clear communication to clubs, players and fans alike.

From a commercial standpoint, AFL CEO Gillon McLachlan has also sought to minimise concerns about the virus, saying the league has “limited exposure” given its domestic focus.

At the moment, the coronavirus has implications for those with supply chain or international links and that’s not where we’re at.

There has been some discussion about modifying the season if the outbreak continues to spread, including cancelling games, playing in empty stadiums or condensing the schedule.

The AFL has modelled the potential cost to the league of such steps, but has remained tight-lipped about these projections.

Read more: Explainer: what are the Australian government’s powers to quarantine people in a coronavirus outbreak?

While the NRL and AFL earn a substantial amount of their income from television broadcast deals, revenue generated through gate receipts is also important to clubs, as is secondary food and beverage, merchandise and other game-day spending.

While short-term cancellations or closed stadiums can likely be managed by most teams, the longer-term impacts could be much harder to address if the virus continues to worsen. Locking out fans could require membership reimbursements, but what about corporate box revenue and catering contracts?

The players, too, stand to lose a significant portion of their salaries. While those on guaranteed contracts will not be affected by cancelled games, all first- and second-year players signed to base salary contracts with match payments could stand to lose quite a bit.

While the risk to fans is of obvious concern, the health of athletes should also be taken into consideration.

Many of us think of athletes as some of the healthiest people we know. And yet, research suggests elite athletes can be more susceptible to viruses due to the immense physical and mental stress they are under, which may affect their immune systems.

There are also added risks associated with air travel, physical contact during competition and living in close quarters with other athletes. A study of the Finnish team at the 2018 Winter Olympics showed just how fast such illnesses like the common cold can spread during competitions.

Read more: The coronavirus pandemic is forcing us to ask some very hard questions. But are we ready for the answers?

This explains why the NBA advised players to avoid high fives and minimise contact with autograph seekers, and then immediately suspended its season when one player tested positive.

The AFL, by comparison, has seemed divided on how to deal with a player possibly contracting coronavirus. It has provided some advice to clubs on prevention strategies, but is leaving it to them to develop their own protocols.

Keep calm and carry on

As the Australian leagues grapple with how to respond to the virus, the organisers of the biggest sporting event of the year, the Tokyo Olympics, are still weighing their options.

Though the International Olympic Committee and the Tokyo 2020 Olympic chief have affirmed their commitment to hold the games as planned, the situation remains fluid.

For now, Australian athletes continue to train and prepare for the Olympics as normal, though they are being advised not to travel overseas.

When it comes to domestic sports leagues and sporting events, however, more caution is certainly needed. While the decision to cancel matches does not solely lie with sports authorities, they should be taking more guidance from what is being done by leagues overseas.

It’s surely no longer business as usual and Australian sport officials can no longer just watch this space before deciding how to act.

This story has been updated since publication with the official cancellation of the Australian Grand Prix and the NRL’s decision to play matches in empty stadiums.

– ref. Stadiums are emptying out globally. So why have Australian sports been so slow to act? – https://theconversation.com/stadiums-are-emptying-out-globally-so-why-have-australian-sports-been-so-slow-to-act-133354