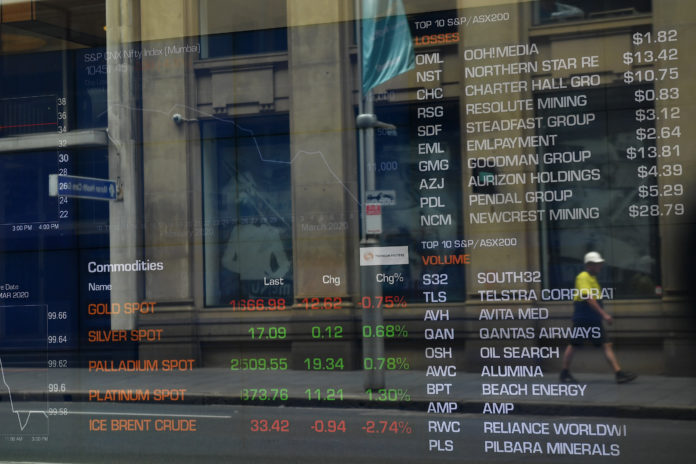 The Morrison government’s stimulus measures, to be announced Thursday, will include a $25,000 cash flow boost for small and medium-sized businesses, a subsidy to help preserve apprentices’ jobs, and a big expansion of the incentive to invest in equipment.

These three items alone will total A$8.7 billion, in a package which is set to be much larger than earlier estimates.

This indicates the government has responded to warnings about the dangers of not going hard enough, as uncertainty mounts about the ultimate economic fallour from the coronavirus.

Speculation on Wednesday was that the package would exceed $15 billion.

Scott Morrison paved the way for some cash handouts to pensioners and others on welfare to try to shore up growth quickly. He reminded a news conference the Coalition had supported the first round of the Rudd government’s stimulus (which centred on cash payments for households). “We need to address the demand side and supply side,” he said.

Speaking on Sky on Wednesday night, he pointed to something for pensioners, saying they in particular but also many in similar circumstances would spend any extra money.

The government will provide up to $25,000 tax free to businesses, with a minimum payment of $2000, to help them with wages, extra staff, investment and to buttress against the looming downturn. Businesses eligible will be those with a turnover under $50 million that employ staff.

Businesses that withhold tax on their employees’ wages will receive a payment equal to 50% of the amount withheld, up to a maximum $25,000. Enterprises that pay wages will get a $2000 minimum even if they are not required to withhold tax. The payment will be structured in a manner that speeds money out early on.

The cost of the measure is estimated at $6.7 billion over the forward estimates, with about 690,000 enterprises employing about 7.8 million people benefitting.

The apprentice measure is aimed at protecting some 120,000 apprentice jobs. The government will offer small businesses up to $7000 wage assistance each quarter for each apprentice, to retain existing apprentices and trainees, and to re-employ those who lose their jobs from a small business due to a downturn driven by the coronavirus.

The employer will get a wage subsidy of 50% from January 1 to September 30. Where a business has to let an apprentice go, a new employer can get the subsidy.

Businesses eligible will be those with fewer than 20 fulltime workers. But businesses of any size, and group training organisations, that re-engage an eligible apprentice will be able to get the subsidy.

The apprentices must have been in training with a small business on March 1. The program will cost $1.3 billion across the current and next financial years.

In an attempt to stimulate some investment quickly, the government will expand the instant asset write off, raising the threshold from $30,000 to $150,000, as well as widening access for firms, from the present annual turnover of up to $50 million to $500 million.

The government is hoping to “supercharge” investment in items like cars and utes, new tools and kitchen equipment.

The expansion is costed at $700 million over the forward estimates.

Morrison said: “We’ve balanced the budget and managed our economy so we can now use this to protect the health, wellbeing and livelihoods of Australians.

“Our targeted stimulus package will focus on keeping Australians in jobs and keeping businesses in business so we can bounce back strongly”.

Former senior bureaucrat Martin Parkinson, who headed treasury and later the prime minister’s department, told the Australian Financial Review the stimulus should be at least 0.5% of GDP, or about $10 billion.

As the tally of Australian coronavirus cases stood at 122 on Wednesday (including three deaths), an increasing number of events are being cancelled and shutdowns occurring.

The government on Wednesday added Italy to the countries from which non-Australian arrivals are banned. The others are China, Iran and South Korea. The ban on Italy is likely to have only marginal impact because that country is already in lockdown.

Treasurer Josh Frydenberg met the CEOs of the big four and other banks on Wednesday. The banking sector flagged it would assist businesses financially affected by the virus.

CEO of the Australian Banking Association Anna Bligh said businesses would be assessed on a case by case basis but the sort of help could include deferral of loan repayments, waiving fees, interest free periods or no rate increases, and debt consolidation.