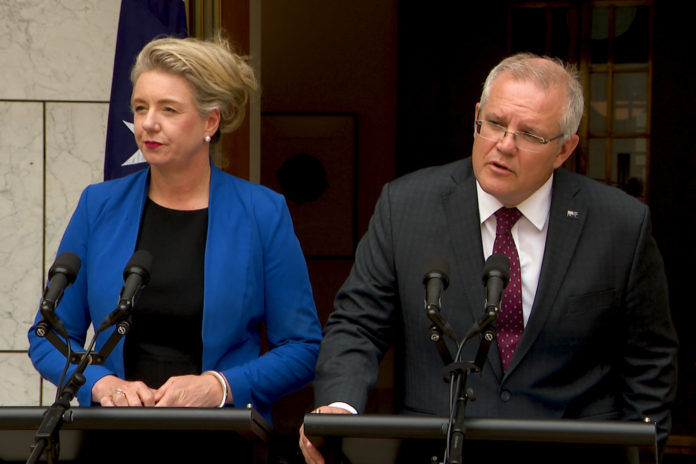 Scott Morrison is facing new questioning over the sports rorts affair, after former cabinet minister Bridget McKenzie issued a statement on Friday denying she had made last-minute changes to a list of grants.

Evidence to a Senate estimate committee from the Audit Office this week reinforced allegations the Prime Minister’s Office – which exchanged numerous emails with McKenzie’s office during the $100 million grants process – was more deeply involved than Morrison has admitted. He has sought to portray its role as just passing on representations.

McKenzie, then sports minister and the decision-maker for the program, signed off on a list of grants on April 4 2019, and she sent this to the Prime Minister’s Office on April 10.

But in an email from McKenzie’s office to Sport Australia early on April 11, the day the election was called, one project was taken off the list and one added. According to the Audit Office’s evidence, this change was at the request of the PMO. This email was sent minutes after the parliament was dissolved.

Several hours later, with the government in caretaker mode, one project was removed and nine added, in another email from McKenzie’s office to Sport Australia. The Audit evidence about these was that “none were evident as being at the request of the Prime Minister’s Office rather than the minister’s office”.

In her statement, McKenzie said she had “become aware” through the Senate estimates process this week “of changes made to a Ministerial decision brief that I signed in Canberra on 4 April 2019” for the final round of the program.

“The brief authorised approved projects for the third round – this included nine new and emerging projects which, it must be emphasised, had been identified and sent to Sport Australia in March for assessment in line with program guidelines.

“I did not make any changes or annotations to this brief or its attachments after 4 April 2019. My expectation was that the brief would be processed in a timely and appropriate manner,” she said.

“Nevertheless, changes were made and administrative errors occurred in processing the brief.

“I have always taken responsibility for my actions and decisions as a Minister, and this includes actions by my office.

“I was the Minister for Sport and therefore ultimately and entirely responsible for funding decisions that were signed off under my name, including and regrettably, any changes that were made unbeknown to me.”

When a reporter tried to ask Morrison about the McKenzie statement at his Friday news conference, which was about the coronavirus, he cut her off before she could get her words out. He finished the news conference without taking questions on general issues.

McKenzie is due to appear before the Senate committee that is examining the sports rorts affair.

The Audit Office found she had allocated grants on a politically skewed basis, but she and Morrison have always defended the substance of the decisions made.

She was forced to resign from cabinet on the more technical ground she did not declare her membership of sporting organisations that benefited from the scheme. It is well known she feels badly done by, because it was clear Morrison wanted her resignation to try to limit the political damage of the affair.