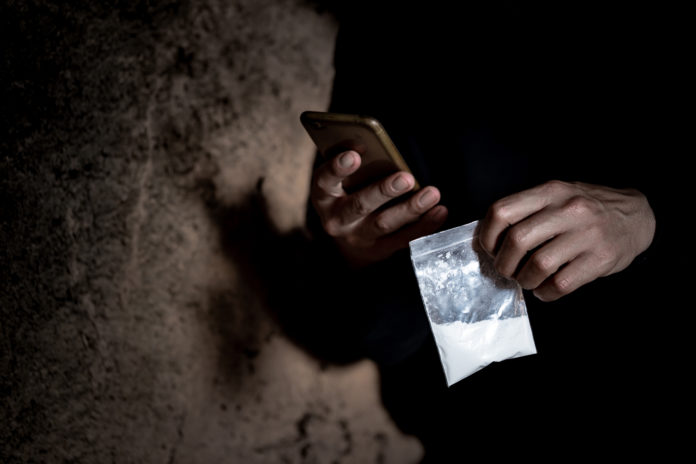 More than six years after the demise of Silk Road, the world’s first major drug cryptomarket, the dark web is still home to a thriving trade in illicit drugs.

These markets host hundreds, or in some cases thousands, of people who sell drugs, commonly referred to as “vendors”. The dark web offers vital anonymity for vendors and buyers, who use cryptocurrencies such as Bitcoin to process transactions.

Trade is booming despite disruptions from law enforcement and particularly “exit scams”, in which market admins abruptly close down sites and take all available funds.

Why are these markets still seen as enticing places to sell drugs, despite the risks? To find out, our recent study surveyed 13 darknet drug vendors, via online encrypted interviews.

They gave us a range of reasons.

First, selling drugs online is safer and more profitable than doing it offline:

Interviewer: So you still sell on DNMs [darknet marketplaces], and prefer that to offline. Correct?

Respondent: YES. Selling offline is borderline stupid. You can make so much more money online, the risks [in selling outside cryptomarkets] aren’t even remotely worth it.

Both of these claims correspond with previous research showing that the dark web is perceived to be a safer place to buy and sell drugs.

Regarding profits, darknet vendors do not have to limit their trading to face-to-face interactions, and can instead sell drugs to a potentially worldwide customer base.

Read more: Explainer: what is the dark web?

Encryption technologies allow vendors to communicate with customers and receive payments anonymously. The drugs are delivered in the post, so vendor and customer never have to meet in person.

This protects vendors from many risks that are prevalent in other forms of drug supply, including undercover police, predatory standover tactics where suppliers may be robbed, assaulted or even killed by competitors, and customers who may inform on their supplier if caught.

Other risks, such as frauds perpetrated by customers and exit scams, were considered inevitable on the dark web, but also manageable.

Some respondents said that being protected from physical risk on the dark web is not only a benefit for existing drug suppliers, but may also make the activity attractive to people who would not otherwise be willing to sell drugs.

While some of our respondents had previously sold drugs offline, others were uniquely attracted to the perceived safety and anonymity of the dark web:

I hadn’t ever thought about selling drugs in any capacity because I dislike violence and it just seemed impossible to be involved in selling drugs in “real life” without running into some sort of confrontation pretty quickly… I was always too scared and slightly nerdy to do that and never really contemplated it seriously until the dark web.

Some vendors told us the feeling of safety and control lets them focus on providing a more courteous service to their customers or “clients”:

I try to provide the best products and service I can, when someone has a problem or claims [their order was] short on pills (as long as they have ordered from me before) I usually take them at their word.

This is a stark contrast with perceptions of the street trade, which some of our respondents perceived not only as “small-time”, but also rife with danger and potential violence:

The street trade is a mess. I wanna provide labelled products, good advice and service, like a real business. Not sit in a shitty car park selling $10 bags from a car window all day.

Read more: Australia emerges as a leader in the global darknet drugs trade

Not just about profit

Dark web vendors also pointed out the various non-material benefits of their work. These included feelings of autonomy and emancipation from boring work and onerous bosses, as well as excitement and the thrill of transgression. One respondent described it as:

Exhilarating … and nerve-wracking. Seemed so alien. “Drugs? Online? In the post? Naaaah surely not.” Plus if I’m honest, my inner reprobate buzzes from it. The rush of chucking a grand’s worth of drugs into post boxes… unreal, man.

Interviewees rationalised their participation in the dark web drugs trade in a variety of ways. These included pointing out the relative safety and medicinal benefits of some illicit drugs, and the dangers associated with drug prohibition.

Let’s face it, a LOT of people like getting high… It’s human nature, but to ban it and make it criminal so that it’s hard to get, then you get poison and people die… I can tell you that the use of darknet protects users from buying products that during traditional prohibition would likely kill much more people. It also takes drugs off the street, reducing some violent crime.

These insights help us understand why the dark web is increasingly attractive, not only to consumers of illicit drugs but to the people who supply them.

For those who are averse to confrontation, and who are sufficiently tech-savvy, the dark web offers an alternative to the risk and violence of dealing drugs offline.