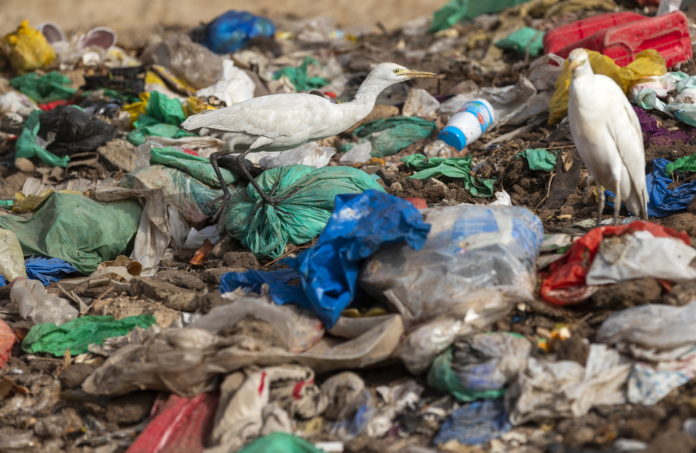 The Morrison government will use its procurement policy to encourage the recycling of plastics, as well as committing financial assistance for upgrading infrastructure to boost the capacity for this waste to be reused.

Scott Morrison will announce the initiatives to a national conference in Canberra on Monday that is looking at the challenge of dealing with this escalating and environmentally destructive problem. The meeting is attended by industry, government and community representatives.

The prime minister, who has previously highlighted better management of plastics waste as a priority for his government, will emphasise that for major change “the only way forward is in partnership – working with our neighbours; state, territory and local governments; industry, our manufacturing sector and supermarkets; waste operators, and with consumers and communities”.

In a speech circulated ahead of delivery he proposes “three pillars” for tackling the problem: taking responsibility for the waste; encouraging demand for recycled products; and expanding industry capability.

“Taking responsibility means recognising the problems we are contributing to – and it also means keeping faith with the Australian people who recycle,” Morrison says.

“Only 12% of plastic put out in the yellow bin for recycling is actually recycled. Australians don’t expect their waste to be exported to someone’s village or waterway.”

Morrison will meet state and territory leaders at the Council of Australian Governments (COAG) next month to finalise a ban on the export of waste plastic, paper, glass and tyres.

He stresses this isn’t to ban the export of value-added recyclable materials.

Morrison says more investment is much needed in the recycling industry; this and collection systems are under “severe strain”. Investment is needed in “technological innovation that maximises the value of the recycled product and minimises the costs as well”. Only 8% of the $2.6 billion states and territories collected in waste levies over 2018-19 has been reinvested in infrastructure and technology.

“The Commonwealth stands ready to co-invest in these critical facilities with state and territory governments, and with industry”, he says. “We will invest with governments and with industry on a 1 to 1 to 1 basis.” Details will come closer to the May budget, Morrison said.

“According to the Australian Council of Recycling, recycling more domestically could create more than 5,000 new jobs.”

With a ban on waste plastic being exported, there will be more in Australia to reuse – which means finding ways of encouraging demand for recycled products. Both industry and government need to do this, Morrison says.

As the first of a number of measures the government will take, its procurement guidelines will be rewritten “to make sure every procurement undertaken by a Commonwealth agency considers environmental sustainability and use of recycled content as a factor in determining value for money”.

He instanced a number of examples of innovative recycling, These included “recycled plastic into asphalt … a one kilometre, two-lane stretch [of road] uses up to half a million plastic bags”, as well as into picnic tables, bollards and gardening products.