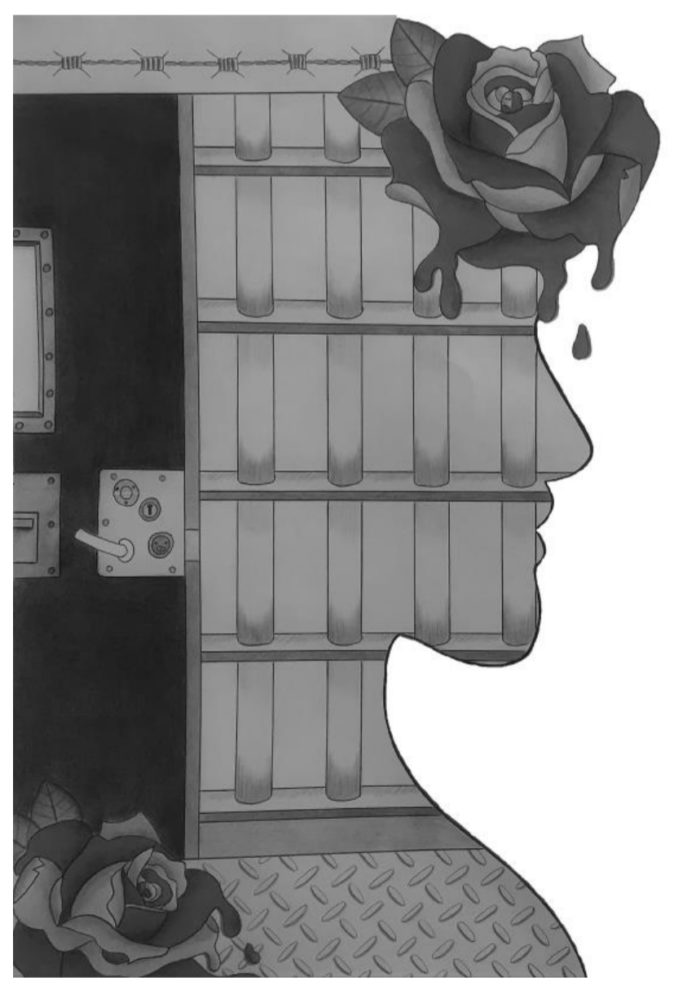 A recent project to encourage South Australian prisoners to write provides insights into how prisoners may benefit from written expression.

The project, Life Sentences, gave more than 70 contributors professional feedback, certificates of merit and publication in a booklet produced annually from 2017 to 2019.

The submissions revealed a surprising diversity of topics, considerable talent and self-awareness.

Life Sentences began as an offshoot of Art by Prisoners, a visual arts competition organised by Jeremy Ryder, who wanted to showcase art from prisoners across South Australia.

We wondered if prisoners may also want to express themselves through writing. Department for Correctional Services officers promoted Life Sentences and prisoners responded with interest. After the program, Life Sentences booklets were available to the public at the Art by Prisoners exhibitions.

Firsthand writing from and about prisons isn’t new. Prison literature has a rich tradition, with writers such as Jack London, O. Henry and Oscar Wilde writing about their experiences in jail. The nine years Dostoyevsky spent in Siberian imprisonment and exile gave him the focus and depth of understanding to become one of the greats.

Conversely, illiteracy in Australian prisons is prevalent. A recent government report found around one in three Australian prisoners had only completed Year 9 (or under) at secondary school. One aim of Life Sentences was to provide encouraging feedback for prisoners of varying literacy levels. Although not all of the writing submitted was grammatically perfect, feedback focused on what the prisoners did well in their writing. This was seen as a first step in getting prisoners to enjoy writing and begin the adventure of literacy.

Stories of pain and humour

What Life Sentences contributors wrote about was telling. Most entries directly related to what American criminologist Greshem Sykes called the “pains of imprisonment” in 1958. This wasn’t surprising, and it is hoped writing about such pains was healing for the writers. What was more surprising was the number of entries not directly about imprisonment.

Of 77 contributors over three years, 26 expressed pain, fear and depression from imprisonment (even suicidal thoughts), and often how much they missed their children or loved ones. The heartbreaking lines from a 26-year-old woman’s poem called Little Treasure illustrate this:

But I will never forget

Is now their child.

Although male and female prisoners both expressed tender feelings towards their lost partners, the male writers would at times also express sexual longing for their loved ones or for imagined partners. In Prisoner’s Lament, a 61-year-old male wrote:

I can but lament the way my life went,

Before I ended up here,

Instead of a gun and a greed-driven bent,

I’d be armed with a babe and a beer.

Eight of the poems – both fictional and autobiographical pieces – describe prison life using humour. In Lean Cuisine, a man, 45, wrote of the food, gloryless food he got over the course of a week:

Friday’s no surprise with some sort of sloppy pasta

Nothing is as bad as that tomato disaster.

Some blokes sprint for seconds, yelling ‘This shit’s so fucking nice!‘

Although some contributors wrote about their abusive childhoods, others wrote with nostalgia about their upbringings. A 51-year-old man’s poem, Edge of the World, tells of spending a day on a jetty with his father and siblings:

we inched along the side rail

Eight entries philosophised about life, and two honoured religious deities. Two contributors wrote about their lives, with the goal of inspiring others to stay out of jail and lead happier, more productive lives.

Five entries pondered the personal meanings of art or writing. Other themes explored drugs and alcohol, futuristic societies, rock band membership, friendship, political statements (Fuck the System), dreams and the supernatural (The Love of a Lycan was a song about a werewolf). Three entries were hip hop raps.

The Western Australian literary journal Westerly included several of the 2017 entries in a special edition about South Australian writing.

I want my chance to climb but I’m firmly underground

proud to get his lips clappin louder than a thunder cloud.

Another contributor submitted two novels in 2017 and two more in the following competitions. Although already an accomplished writer, he incorporated the feedback he received in the first year. His manuscript was an exciting adventure set in 18th century France. The novel begins:

The battlefields were torn by heavy hooves and ran red with blood. Pieces of meat that used to be men lay tossed about and were scattered in windrows. Mud made it difficult to distinguish between uniforms, yet they found uniformity in a death that made a mockery of it all. It was not yet lunchtime.

The same author printed, bound and illustrated his own novels. He and other contributors also revealed a pattern by the third edition of Life Sentences: a growing awareness of their new identities as writers.

Australian prison libraries are often inadequate for supporting prisoners who seek to improve their literacy skills.

Knowing what prisoners like to write about could inform decisions about the types of books to stock in prisons to encourage reading and writing. Prisoners who wish to write motivational books could be exposed to notable authors in this genre, such as Tony Robbins and Dale Carnegie.

Education is a powerful way to prevent prisoners from reoffending once they leave jail.

To stay out of prison, ex-prisoners need to achieve what criminologists call “secondary desistance”, meaning both the prisoner and society see the prisoner as changed and occupying a law-abiding role in society. Writing might be one way to achieve this and open up new career paths. Writing may also allow prisoners and “civilians” to connect. As one Life Sentences writer put it:

Without seeing their individual faces, I recognise that I am part of the greater consciousness that makes up the brotherhood of writers across the world.

– ref. Life sentences – what creative writing by prisoners tells us about the inside – https://theconversation.com/life-sentences-what-creative-writing-by-prisoners-tells-us-about-the-inside-130783