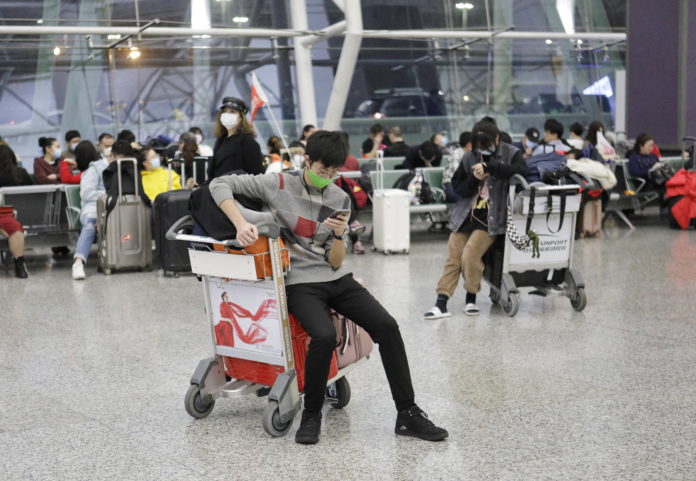 The Australian government will soon decide whether it will extend its ban on travellers from China for another week.

The Department of Home Affairs has already extended the original two week travel ban (that began on February 1) by one week.

Anyone who has left or transited mainland China within the previous 14 days (with some exceptions including Australians citizens) will be denied entry into Australia until February 22.

But with about 2,000 new cases of the coronavirus being confirmed every day, the ban could well be extended even further.

More than 100,000 international students are estimated to be stuck in China, unable to start their academic year in Australia.

With the substantial loss of revenue from these students, universities will likely need to make cuts to their staff and research budgets.

How the travel ban affects universiites

The number of international students studying at Australian universities has increased dramatically in the past two decades. International student contributions extend beyond fees. These students spend money on accommodation, food and other experiences while they are here.

In 2018, international students contributed A$32 billion to the Australian economy. One third of that – $11 billion – was from the 160,000 students from China who studied in Australia that year.

Some Australian universities are more exposed to the Chinese student market than others. The University of Sydney took in about A$750 million from international students in 2017 (the latest year the data were available).

We have calculated two-thirds of that – about $500 million – came from international students from China. That same year, the University of Sydney had an operating surplus of $200 million.

The figure below shows the ten Australian universities with the highest revenue from Chinese international students. All these universities had an operating surplus in 2017.

The current reserves of these ten universities reportedly range from $48 million to $3.9 billion.

These universities are in good financial position to weather the storm. But whether university revenues are cut by a few weeks, a semester, or longer, they will inevitably look at reducing costs.

With materially fewer students to teach, they will look to reduce classes and cut teaching staff. Around 23% of their full time employees are casuals without employment security.

Cutting the hours of these employees would be the easiest way for universities to mitigate the hit to the bottom line.

But cutting costs can’t fill the hole: the revenue from foreign students substantially exceeds the costs of teaching them.

Australian universities generated a surplus of about A$1.2 billion on international onshore students in 2013. International student revenues have almost doubled since then, so the surplus budgeted for 2020 before coronavirus hit would have been a lot higher.

This loss of revenue will also have flow on effects for research, 20% of which is funded by student fees.

The government should lift the funding cap

Universities are doing what they can to accommodate students still in China. Monash University has delayed its teaching semester by a week to March 9, and will conduct its first week entirely online.

The University of Sydney will start on February 24 as normal, but it will delay some postgraduate business courses that have high international student numbers.

But delayed start dates will work only if the travel ban is lifted in the coming weeks. Online-only study deprives international students of the campus-and-country experience they have paid for, so that option may not prove attractive.

And the problem will be far larger if this cohort of Chinese international students don’t come at all, instead choosing to study at home or elsewhere abroad.

The Commonwealth government effectively ended the demand-driven funding system at the end of 2017. During the years the model was operational, universities could enrol unlimited numbers of bachelor-degree students into any discipline other than medicine and be paid for every one of them.

In 2017, the government put a freeze on domestic bachelor places for two years, with population-linked adjustments from 2020 for universities that met certain performance criteria.

Read more: Demand-driven funding for universities is frozen. What does this mean and should the policy be restored?

By the luck of a demographic slump, the number of people finishing year 12 in Australia has been flat, and so the freeze has been of little consequence so far.

But that will change in the coming years. More domestic students will be knocking on the doors of cash-strapped universities.

The freeze means universities desperately needing revenue will lose many school leavers who would otherwise have studied at university under the demand driven system.

The Commonwealth government can’t fix an international pandemic. But it can lift the cap on domestic students.