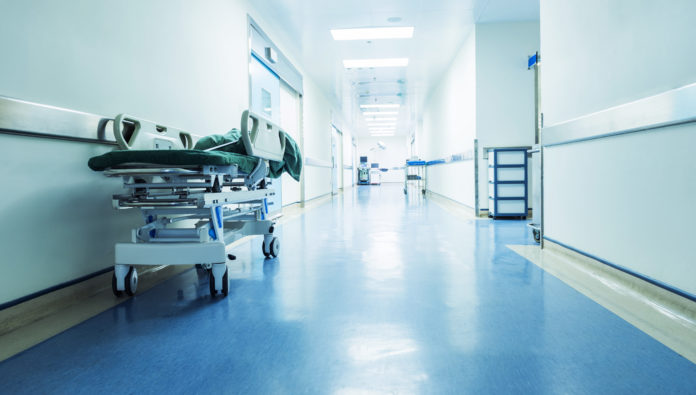 Young Australians are abandoning private health insurance in droves. And the overall decline in the percentage of the population with private coverage is continuing.

The percentage of the population with some form of private hospital insurance is down 0.7 percentage points compared to the December quarter in 2018 and now stands at 44.0%.

But the industry’s argument a youth exodus will put massive amounts of additional pressure on public hospitals doesn’t stack up. The industry’s self-serving claims are simply designed to bolster its case for yet more government handouts.

Why is the industry worried?

The proportion of the population with any form of private hospital insurance is now around 44%.

While the number of young people has fallen, there are 60,000 more people 70 and older than a year ago. The average age of a person with private health insurance continues to creep upwards.

Changes in the composition of the insured population affects different stakeholders – such as the insured, the insurers and the public hospital system – differently.

The more young people drop out, the more the “risk pool” of the insured population worsens, because young people use health care less than older people.

This causes the price of insurance to go up for everyone, which leads to still more young people dropping out. This creates a death spiral for the industry.

Insurers lose out because fewer people are paying insurance premiums.

And those who remain in private insurance lose out because they have to pay higher premiums.

A critical issue is what happens to demand on the public system as the proportion of people who are privately insured declines.

The people who are most likely to drop out are younger people and people who don’t expect to use hospitals much. So logically, this is not likely to have much impact on demand for public care.

Read more: Premiums up, rebates down, and a new tiered system – what the private health insurance changes mean

About 41% of those insured have coverage with “no exclusions”, the equivalent of Gold.

This means less than 20% of the total population has insurance coverage for all conditions. So many people with private health insurance already rely on the public system for those procedures not covered in their insurance package.

Joint replacements, such as hips and knees, are also normally covered only in Gold products, so the same arguments apply.

There has been extensive research trying to predict the impact of a decline in private insurance on public hospitals. Researchers have found consumers are relatively slow to respond to changes in the price of insurance. Private health insurance is therefore said to be “sticky”.

Once insured, people, especially older people, tend to stay insured, and respond to premium increases by downgrading their cover, either in terms of what they are covered for (dropping from Gold to Silver, for example), or taking on a higher excess they have to pay if they go to hospital. But a higher excess is unlikely to make them choose a public hospital.

The big changes in terms of dropping out are happening in the group which is new to private health insurance – the young – who have not established a history with insurance.

But young people use health care infrequently, meaning only a small number of hospital admissions would be expected to move from the private to the public system.

Our own modelling at the Grattan Institute suggests the death spiral is real, but is slow. People over 70 will probably still be insured at much the same rate they are now over the next ten years, but people under 70 will drop out, with people under 55 dropping out more rapidly.

Young people receive a bad deal from private health insurance. The premium they pay – which is essentially the same as the premium everyone else pays under Australia’s system of “community rating” – is much greater than the costs of their expected use of health care.

The gap between what they pay and expected benefit is getting worse. That’s why they are leaving in droves.

But this decline is a bigger problem for the private insurers than it will be for the public health system.

Read more: How do you stop the youth exodus from private health insurance? Cut premiums for under-55s