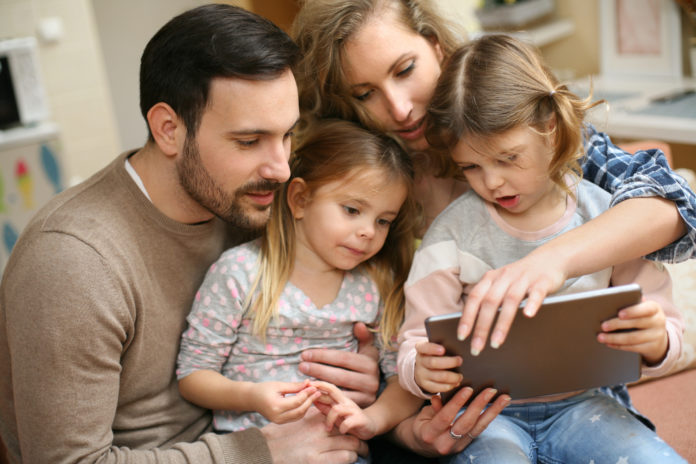 An Australian family on the average wage typically spends close to A$6,000 out of pocket per year on child care, a new analysis from the Mitchell Institute shows. This is more than the average cost of sending a child to a private primary school.

Unlike the school sector, families don’t have the option to choose a low cost publicly delivered childcare service.

Childcare costs in Australia are among the highest in the OECD, eating up around 27% of families’ incomes. Many families are being forced to choose affordability over quality.

But research shows quality preschool can deliver $2 of returns to the economy for every $1 invested. Children who receive quality early childhood education and care are also up to eight months ahead in learning, with the benefit still evident in adolescence.

If quality early learning delivers public benefits for the country as well as private benefits for families, then there’s a strong case for Australian governments to carry a greater share of the cost.

How much are we paying?

Our analysis shows government spending on early childhood education and care has escalated over the past ten years by around 140%. This means both sides of politics are recognising early learning is a worthwhile investment. But Australia’s public investment is still below the OECD average of 0.8% of GDP.

Over the past ten years, families’ investment in early childhood services has grown even faster, by about 150%.

Governments contribute a far lower share for early learning than what they contribute to schools. A two-parent, one-child Australian family on an average income of A$85,000 will typically spend around A$6,000 a year on childcare fees, with the government contributing about the same amount.

Read more: Both major parties are finally talking about the importance of preschool – here’s why it matters

If that child then goes to a public primary school, the government contributes close to A$12,000, with minimal costs imposed on the family. Even a private primary school would typically cost the family less than they spend on child care, thanks to almost A$10,000 per child in government funding.

The early years of life are the most critical period for brain development. Yet Australian governments are under-investing in early learning, preferring to spend millions remediating gaps once children reach the government-funded school system.

Changing family structures have fuelled this rise in demand. In the 1980s, most two-parent families had only one adult in the paid workforce. Now, more than one in five Australian families with young children have both adults in full-time work.

It’s not feasible to say this is a private choice, and that the costs of childcare should therefore be borne by the family. For many Australian families, costs of living can only be met by both parents working, and accessing childcare as cheaply as possible.

The impact of childcare costs is greatest for Australia’s most vulnerable children and families. Low-income families are likely to spend a much bigger proportion of their discretionary income on childcare than high-income families – meaning less is leftover for other family essentials.

The Australian government recognises that helping families balance work and family life is a worthwhile investment. The childcare subsidy is designed to make it easier for families to work, especially working parents on lower incomes.

One problem with subsidies to working families is that children miss out if either parent is unemployed. These children stand to gain most from quality early childhood services, which deliver greatest benefits for children from lower-income homes.

Read more: Preschool benefits all children, but not all children get it. Here’s what the government can do about that

More money to families also enables childcare providers to charge more. Education minister Dan Tehan has acknowledged the benefits of the 2018 change to the childcare subsidy on costs for families have been swallowed up by fee increases. This suggests Australia needs to invest in early learning more wisely.

A smarter investment in early childhood education and care focuses on the benefits for children’s learning. This kind of investment ensures all children gain access to quality early childhood services, regardless of what their parents can pay.

In 2009, governments committed to 15 hours of preschool for children in the year before school, recognising this would yield strong public benefits in the long-term.

This investment logic is similar to schools: goverments pay, children learn, and the economy and society benefits. Parents can pay extra if they choose, but every child is guaranteed a quality education.

Few people would question this logic for schools, but the Australian government is still holding back from funding preschool long-term. This instability creates inefficiencies. Many preschool staff are on short-term contracts and families are unable to plan their investment in their child’s early learning.

Read more: Not all Australian parents can access quality childcare and preschool – they can’t just ‘shop around’

Other countries do this better. Australian families might look longingly to Sweden, which provides over 500 hours of free education and care for children aged three to five, and low fees for younger children, matched to families’ income. Sweden is in the top five countries for working mums, and top ten for economic competitiveness.

A shift from private to public investment is possible even in early childhood systems more similar to Australia. In Canada, a major review of early childhood funding concluded free preschool from age 2.5 was the fairest solution, above all other options.

The review also found tax deductions (a solution proposed in Australia) favoured middle-income families, but left low-income families behind. This is because they wouldn’t earn enough for tax credits to cover the costs of quality education and care.

Whatever the solution, something has to change. As annual government investment in early childhood approaches $10 billion, and families still struggle under the burden of costs, the longstanding “barbecue stopper” of childcare costs needs to become an evidence-based debate about smarter investment.

– ref. Quality childcare has become a necessity for Australian families, and for society. It’s time the government paid up – https://theconversation.com/quality-childcare-has-become-a-necessity-for-australian-families-and-for-society-its-time-the-government-paid-up-131748