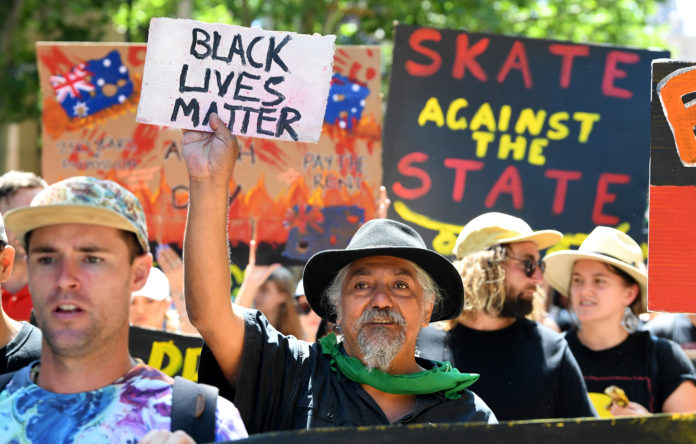 Scott Morrison is expected to warn against adopting a “deficit mindset” towards progress on Indigenous disadvantage, when on Wednesday he presents the twelfth “Closing the Gap” report, which shows disappointing results on key targets.

The prime minister will give details of the government’s major overhaul of the assessment process, saying that until recently Closing the Gap was never a partnership with Indigenous people. “We believed we knew better – we don’t”.

Among the current seven targets, those not met or not on track are for child mortality, school attendance, literacy and numeracy (where there is improvement), employment (which is stable), and life expectancy.

Those “on track” are in the areas of childhood education and year 12 attainment.

Morrison will say “we must see the gap from the viewpoint of Indigenous Australians before we can hope to close it”.

He says, in a draft of his speech, “the targets don’t celebrate the strengths, achievements and aspirations of indigenous people. They don’t tell you what’s happening on the ground or stirring under it.

“They don’t tell you how realistic or achievable these targets were in the first place. They reinforce the language of failing and falling short and they mask the real progress that has been made.”

Morrison says that on “almost every measure” there has been progress – although not as much as should have been made by now.

The government’s “refreshed” process is billed as aiming to deliver shared responsibility and accountability.

“There remains much more to do and we will do it differently by working together,” Morrison says. “By going from good intentions and sky-high aspirations to local, practical action that’s driven by local leaders and local needs with clear accountability and responsibility and a clear line of sight to the community.”

The federal government and the Coalition of Peaks (a group of about 50 community-controlled peak organisations) are working together with the states and territories to produce a new national agreement on Closing the Gap. This is to set out shared priorities for the next decade.

The structure and targets of the revamped scheme are to be finalised in April and then will go to the Council of Australian Governments.

It is planned to have some 15 targets, with a more specific and measurable path to them. The Closing the Gap program was started by the Rudd government.

The results from the latest report are:

Child Mortality – Target: Halve the gap in mortality rates for Indigenous children under five within a decade (by 2018) – Not met.

Early Childhood Education – Target: 95% of all Indigenous four-year-olds enrolled in early childhood education (by 2025) – On track.

School Attendance – Target: Close the gap between Indigenous and non-Indigenous school attendance within five years (by 2018) – Not met.

Literacy and Numeracy – Target: Halve the gap for Indigenous children in reading, writing and numeracy within a decade (by 2018) – Not met but improvements.

Year 12 Attainment – Target: Halve the gap for Indigenous Australians aged 20–24 in Year 12 attainment or equivalent attainment rates (by 2020) – On track.

Employment – Target: Halve the gap in employment outcomes between Indigenous and non-Indigenous Australians within a decade (by 2018) – Not met (stable).

Life Expectancy – Target: Close the life expectancy gap within a generation (by 2031) – Not on track.

Meanwhile, in response to some disquiet in the Coalition party room on Tuesday, Morrison gave an assurance that it would be consulted on the design and timing of the proposed referendum for indigenous recognition the government aims to run this term.