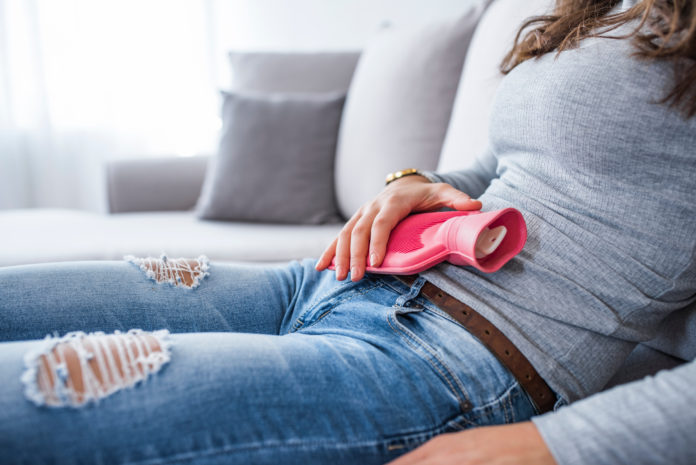 Source: The Conversation (Au and NZ) – By Mia Schaumberg, Senior Lecturer in Physiology, School of Health and Sport Sciences, University of the Sunshine Coast

The original tweet and ensuing responses fuelled a debate about society’s supposed unwillingness to talk about periods.

At the same time, many women responded with questions about the evidence behind this notion, how it works, and the risks.

There’s some evidence non-steroidal anti-inflammatory drugs (NSAIDs), like ibuprofen, can reduce menstrual flow. But they shouldn’t be seen as a long-term solution. Women who experience heavy or painful periods regularly should speak to a doctor.

How does this work?

Menstrual symptoms, including heavy periods, affect quality of life for many women. Heavy menstrual bleeding is one of the most common reasons women visit a gynaecologist, accounting for up to 30% of visits.

One study found menstrual symptoms including pain, heavy bleeding and low mood may be linked to nearly nine days of lost productivity per woman every year.

Read more: Period pain is impacting women at school, uni and work. Let’s be open about it

Women who have heavy bleeding, and who experience painful periods, have elevated levels of hormones called prostaglandins. Prostaglandins act to dilate blood vessels, slow the clotting process and also help the body shed the uterine lining by inducing muscle contractions. So having higher levels of these hormones can lead to heavier bleeding and more severe cramping.

Ibuprofen has been shown to reduce prostaglandin levels in the lining of the uterus, which may be one way it reduces menstrual flow, though the exact mechanism remains uncertain.

This process may also be part of the reason ibuprofen can be an effective first-line treatment option for painful periods.

A recent review of the research on this topic found on the whole, NSAIDs were more effective than a placebo at reducing blood loss in women with heavy menstrual bleeding.

But only one study in this review compared ibuprofen specifically to a placebo. This study, published in 1986, included 24 women. Half were given ibuprofen, and half a placebo. There was a modest reduction of 36mL (25%) in menstrual blood flow with ibuprofen treatment. This study is obviously very small, so doesn’t provide evidence we’d consider strong.

So, the evidence doesn’t support the 50% reduction in menstrual flow the tweeter claimed.

The review found another drug, tranexamic acid, was actually more effective than NSAIDs at reducing menstrual flow, with a 54% reduction in menstrual blood loss. However, it isn’t available over the counter, making it less accessible.

It’s also important to note this review looked at women with heavy periods. There’s no strong evidence to suggest ibuprofen, or other NSAIDs, can significantly reduce menstrual flow in women with regular, healthy menstruation.

According to the review, ibuprofen also does not appear to be effective at reducing menstrual flow in women where a pre-existing medical condition is the reason for heavy bleeding. These conditions might include uterine fibroids (non-cancerous growths in the uterus walls), clotting disorders or hormonal imbalances associated with conditions such as polycystic ovary syndrome.

Read more: It’s OK to skip your period while on the pill

Are there any risks to consider?

Ibuprofen may provide some relief in the short term, and it may offer a level of convenience in being available over the counter, but it’s generally not recommended as a long-term treatment for heavy periods.

Long term use of NSAIDs such as ibuprofen has been linked with kidney disease, blood pressure issues and stomach ulcers. Other common side effects include indigestion, headaches and drowsiness, especially when it’s taken in higher doses.

Using ibuprofen may not be suitable for people with existing conditions such as liver or kidney disease or stomach ulcers.

Read more: Does anyone have a pad? TV is finally dismantling the period taboo

Ibuprofen or other NSAIDs should only be used as a first-line treatment, before discussing longer-term solutions with a medical practitioner.

If heavy and/or painful periods are a consistent issue, there might be an underlying cause. In this case, the evidence suggests ibuprofen does not significantly reduce menstrual flow. So if this is something you struggle with every month, talk to your doctor to find a safe, long-term solution.

There are many evidence-based options available for managing heavy menstrual bleeding in the longer term, such as the oral contraceptive pill or the hormonal IUD. Your doctor can assess your individual circumstances and potential risk factors to see what will be right for you.

– ref. Ibuprofen might make your periods lighter, but it’s not a long-term solution – https://theconversation.com/ibuprofen-might-make-your-periods-lighter-but-its-not-a-long-term-solution-130885