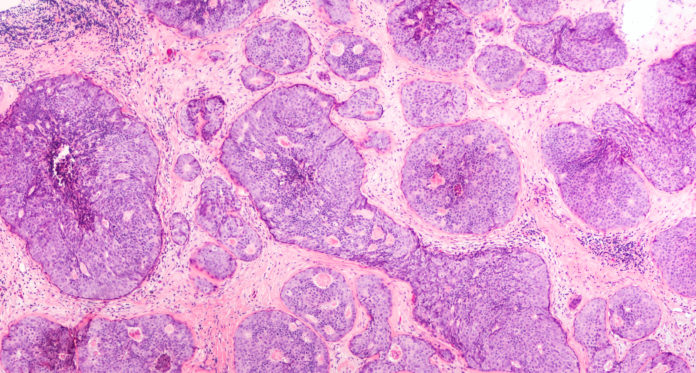 Scientists have revealed the detailed genetic makeup of thousands of cancer samples, yielding new insights into the genes that drive the many and varied forms of the disease.

The results, published in a landmark collection of research papers in the journal Nature interpret the complete DNA sequences, or cancer genomes, of 2,658 cancer samples. This will further our understanding of the crucial “driver” mutations that underpin cancer development and offer potential as targets for treatments such as chemotherapy.

It is the work of some 700 scientists around the world, as part of an international project called the Pan-Cancer Analysis of Whole Genomes.

Read more: Why the causes of cancer are more than just random ‘bad luck’

The hallmark of a cancer cell is its unregulated growth. The mechanism that allows these cells to escape normal cellular growth regulation involves the introduction of mutations into the cancer cell’s DNA. The collection of mutations present in a particular cancer genome is thus known as that cancer’s “mutation signature”.

Each advance in our capacity to accurately and completely sequence whole cancer genomes, and to analyse the sequence data, has enabled a more in-depth analysis of these mutation signatures. Each step forward has revealed further diversity in the mutation processes that underlie the development and progression of cancer.

It is seven years since the previous landmark advance in this field. Back in 2013, researchers reported on the genetic makeup of 7,042 cancers of 30 different types, and identified 20 distinct mutational signatures.

Today’s reports involve fewer cancers, but an increase in the number of cancer types to 38. But this latest advance is not really about numbers.

The real step forward is in our understanding of the diversity of DNA mutations and mutation signatures within cancer genomes. This is primarily the result of improved methods for analysing the DNA sequence data, compared with the state of the art in 2013.

As a result, important DNA sequence alterations that could not be detected in previous work have now been described. Each contributes important new details about each cancer genome.

Until recently, cancer DNA mutation analyses had been focused on small alterations in “coding regions” of DNA – the roughly 1% of DNA that is responsible for making proteins. The new analyses reported today have identified non-coding driver mutations – some of them large structural mutations that can be as big as entire chromosomes.

These new analytical capabilities have enabled the identification of 97 mutation signatures, five times more than previously known. The improved detail boosts our understanding of the diversity of cancer genomes. It also provides important new information about the order in which these mutations accumulate during cancer development.

However, there is good evidence to suggest that more work is still required to characterise the full spectrum of cancer DNA mutations. It is anticipated that all cancers will have at least one, and perhaps as many as five, driver DNA mutations. Despite the extensive array of analytical approaches described in these new reports, the researchers were still unable to identify any driver mutations in 5% of the cancers in their study.

The research has also shown that similar mutation signatures are present in cancers that arise in different tissues. This has implications for cancer treatment. For example, a drug successfully used to treat a breast cancer may be as effective for treating a pancreatic cancer if the two cancers share the same mutation signature.

Read more: Personalised medicine: how science is using the genetics of disease to make drugs better

These data will greatly advance our ability to identify cancers with the same or similar origins via their mutation signature. It has enormous implications for diversifying the current suite of drugs available for gene-targeted cancer treatment.

But, perhaps more significantly, it also offers the opportunity to expand our strategies for preventing cancer before it starts.