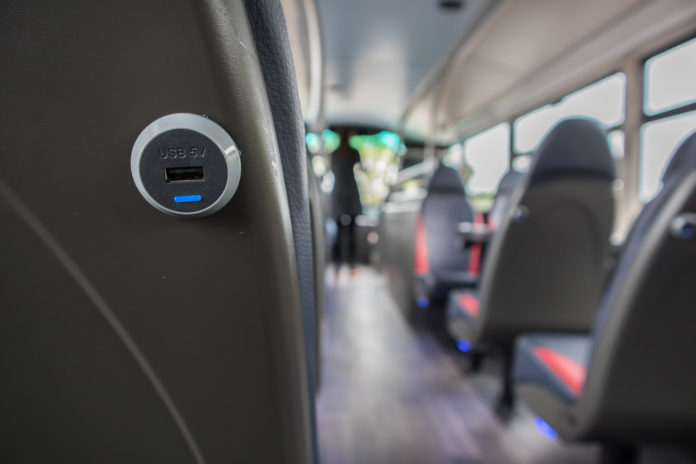 Have you ever used a public charging station to charge your mobile phone when it runs out of battery? If so, watch out for “juice jacking”.

Cybercriminals are on the prowl to infect your mobile devices such as smartphones and tablet computers and access your personal data, or install malware while you charge them.

Specifically, juice jacking is a cyber attack in which criminals use publicly accessible USB charging ports or cables to install malicious software on your mobile device and/or steal personal data from it.

Read more: With USB-C, even plugging in can set you up to be hacked

Even a 60-second power-up can be enough to compromise your phone’s data. This is because USB cables allow the transmission of both power and data streams simultaneously. Victims can be left vulnerable to identity theft, financial fraud, and significant stress.

USB charging stations are a common sight in shopping centres, airports, hotels, fast-food restaurants, and even on public transport. While juice jacking is neither new nor particularly widespread so far, it was recently highlighted by Los Angeles County District Attorney’s Office as a significant threat, especially to travellers who can easily find themselves caught short and in need of a battery boost.

How does it work?

First, the attackers tamper with the charging stations or cables in public areas, and install malicious software on them. This software then infects the phones of unsuspecting users who subsequently plug into the tampered charger.

The software can invade, damage or even disable your phone. It can also steal or delete data from your phone and possibly spy on your usage activity, to the extent of transmitting your personal information such as account numbers, usernames, passwords, photos, and emails to the perpetrator.

How can I tell if I’ve been juice jacked?

Hacked mobile devices will often go undetected. But there are a few telltale signs that your device may have been hacked. These include:

How do I protect myself?

The tampering of USB charging stations or USB cables is almost impossible to identify. But there are some simple ways to guard against juice jacking:

And finally, if you must use a charging station, keep your phone locked while doing so. USB ports typically don’t sync data from a phone that is locked. Most mobile phones will ask your permission to give the USB port access to your phone’s data when you plug in. If you’re using an unknown or untrustworthy port, make sure you decline.

I think I might have been juice jacked – what can I do?

If you suspect you have fallen prey, there are several things you can do to protect your device’s integrity:

Read more: Apple iPhones could have been hacked for years – here’s what to do about it

A lot of data is stored on our mobile devices these days, and protecting our privacy is crucial. While juice jacking may not be a widespread threat, it is important to ensure the safety of our mobile devices. So, the next time you consider using a public USB charging station or cable, ask yourself if it is worth it, particularly as your personal information is at stake.