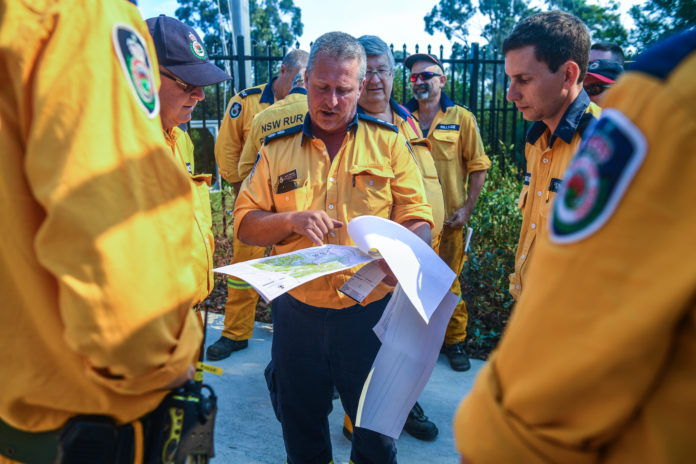 This article is based on a longer essay published in the Griffith Review’s latest edition, Matters of Trust.

Much has been written about Prime Minister Scott Morrison’s missteps and leadership failures in the bushfire crisis that has consumed Australia this summer.

His refusal to meet with fire and emergency leaders months before the fires to discuss ideas and strategies informed by their collective experience. The flat-footed response to the crisis itself and reluctance to link it to climate change. His unwillingness to relent from hyper-partisan efforts to deflect blame to the states.

Morrison’s government has since been further wracked by the “sports rorts” corruption scandal. The prime minister was roundly criticised for defending Nationals deputy leader Bridget McKenzie in the face of overwhelming evidence she used the sports grants program as a political slush fund targeted to marginal seats before last year’s federal poll.

Morrison appeared unabashed and perhaps convinced he could tough it out as he had during earlier controversies involving ministers Michaelia Cash, Stuart Robert and Angus Taylor. His refusal to release the Gaetjens report into McKenzie’s actions raised questions about how the apparently competing interpretations of Australia’s most senior public servant and the independent auditor-general might be reconciled.

After a brutal summer, Morrison returned to parliament this week a diminished and damaged shadow of his “miracle” election-winning self. And some fear all this portends 2020 will be yet another “annus horribilis” in the sorry recent history of Australian politics.

How crisis bring out the best in Australians

However, there is reason for optimism. Like the green shoots emerging from the hundreds of thousands of singed hectares across our country, Australia’s institutions are strengthening. Individuals and communities are engaging in both politics and the public sphere in ways they haven’t in a very long time.

Volunteer firefighters have been at the forefront of the bushfires, defending the lives and properties of their neighbours and friends – sometimes tragically, at the cost of their own lives.

Other front-line workers – ambos, nurses, doctors, police and many others – have showed again and again why public trust in these individuals remains high, in stark contrast to evidence of its precipitous decline in other institutions.

Journalists are doing the job we need them to do as a key pillar of our democracy, keeping Australians informed and holding those in power to account.

Read more: Lots of people want to help nature after the bushfires – we must seize the moment

Local political leaders – councillors and MPs, mayors and premiers – have showed courage and compassion as they have made difficult decisions and prioritised resources to support bushfire-affected communities. Businesses and civic organisations have also mobilised to respond to the crisis.

And an array of unconventional alliances has developed among health care professionals, tradespeople, chefs, artists, musicians, writers, craft groups, wildlife carers and others, who have volunteered their time, resources and expertise to raise funds and lend much-needed support.

Innovative groups have also emerged to respond to communities in need, such as Find a Bed, an online platform to help those who have been displaced from their homes (many more than once) find accommodation. Other programs have been launched to provide victims with food, clothing, transport and other necessities.

Countless people like these have embraced the role we all play in the continuing national project of ensuring the safety and well-being of all Australians – wherever they live.

For some time, I have wondered whether institutional thinking could be revived in Australian politics. By this, I mean decision-making that emphasises long-term planning and the public interest, as well as a respect for the principles and conventions that constitute the “rules of the game”. This type of institutional thinking has been seriously eroded under recent governments.

The last decade has made me nervous. Many of the world’s most enduring liberal democracies are teetering on the brink. It wasn’t impossible to imagine the same happening in Australia.

This summer – brutal though it has been – has reminded me that I should have had more confidence. Whatever our differences, Australians’ essential empathy and yearning for connection always come out in times of crisis.

Read more: Might the bushfire crisis be the turning point on climate politics Australian needs?

Our democracy has many challenges, notably in terms of the government’s relationship with Indigenous peoples, the need to restore an appropriate balance between Commonwealth, state and local governments, and the recovery of our capacity for innovation and reform.

But despite these challenges, our democracy is strong and resilient. We have a collective responsibility to be vigilant to make sure it stays that way.

Politically engaged, active citizens represent a clear and present threat to the careerists, chancers and zealots who have come to dominate the political parties, lobbying groups and tabloid media.

The public reaction to the government’s failures in the bushfire crisis and the widespread disgust over the “sports rorts” controversy is a reminder of this. We need to continue being active citizens by enrolling to vote, taking an interest in policies and important debates, getting involved and exercising our hard-won democratic rights, including the right to protest.

These are powerful forces against the cynical politicians, who as The Economist described it last year, “denigrate institutions, then vandalise them”.

– ref. After the fires, a reason for optimism: our civic engagement has never been higher – https://theconversation.com/after-the-fires-a-reason-for-optimism-our-civic-engagement-has-never-been-higher-131035