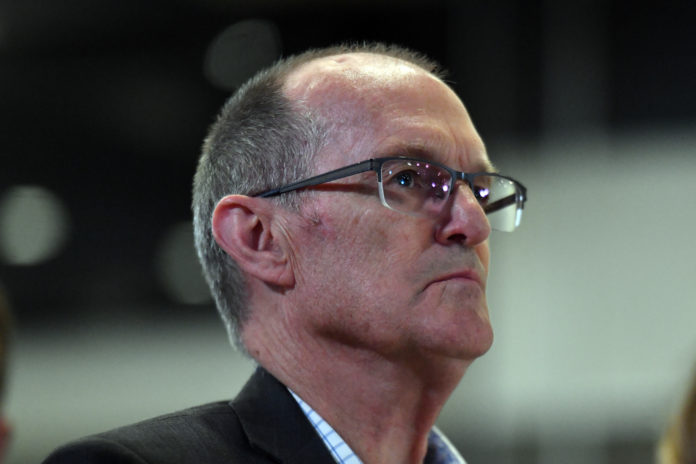 When he announced the result of the review by his departmental secretary Phil Gaetjens into Bridget McKenzie’s conduct, Scott Morrison was very clear. Gaetjens’ report was a cabinet document and it wouldn’t be made public.

Morrison just quoted from Gaetjens’ findings. The essence of these are that while the then sports minister had breached the ministerial standards by failing to disclose her membership of gun organisations, her allocation of grants wasn’t politically skewed.

“He said, ‘I find no basis for the suggestion that political considerations were the primary determining factor,’” according to Morrison.

Given this was totally at odds with the Audit Office conclusion of a bias towards marginal and targeted seats, Morrison’s failure to produce the Gaetjens’ report potentially harms the credibility of his most senior public servant.

We need to see the detail of Gaetjens’ argument that the Auditor-General was wrong about the grants being skewed. The report from the Audit Office – a respected, expert and politically neutral body – is very detailed in its information. A senior bureaucrat rejecting it would be expected to have strong, well-argued grounds. How did Gaetjens come to his conclusions on this matter?

Morrison produced a couple of statistics from Gaetjens but they hardly refuted the Audit case.

Gaetjens had looked at the grants rounds “in their entirety”, Morrison noted. But what was his justification for focusing on the entirety, when McKenzie’s allocations became blatantly more political as time went on?

And is there nuance in Gaetjens’ statement that political considerations weren’t the “primary” factor?

Gaetjens’ was an awkward position even before Morrison drew him into the McKenzie imbroglio.

Formerly Morrison’s chief of staff, he was appointed first to head treasury when Morrison was treasurer and then brought over to lead the Department of Prime Minister and Cabinet.

While contemporary PMs like to have their own man (there has not been a woman) as their department head, Gaetjens was seen, more than most, as a “political” appointment, despite his quite extensive bureaucratic background.

Public servants could (and did) reasonably ask, as leader of the public service, was he likely to stand up for their interests?

They might have had their fears heightened after Morrison chopped off a bunch of senior heads before Christmas.

Because of their personal closeness, Morrison’s asking Gaetjens to investigate McKenzie was inevitably placing the secretary in a very hot place.

It was clear, as the publicity over McKenzie intensified, that whatever Gaetjens found would determine her fate. Morrison had effectively said so.

Further, Gaetjens was investigating against a background of two factors. McKenzie had become a serious political liability. Yet the government had dug in to defend her funding allocations.

Read more: The ‘sports rorts’ affair shows the need for a proper federal ICAC – with teeth

Former public service commissioner Andrew Podger says Gaetjens “was the wrong person to have asked [to do the inquiry] and I’m surprised by his advice as reported by the PM”.

The timing of Gaetjens’ presentation of the report worsened the optics.

In the normal course of events one would have thought Gaetjens would have finished his work by, say, the end of the Australia Day long weekend. The material and the minister were at hand; it was not an excessively complicated exercise for someone who’s had plenty of experience of working quickly.

Morrison previously had been able to say he hadn’t received the report. But had he been briefed on it by Gaetjens?

Morrison’s office has produced a list of precedents of when probes into ministerial conduct were not released (a 2019 letter from then departmental secretary Martin Parkinson to the PM on whether former ministers Pyne and Bishop had breached standards was provided to the Senate in response to a Senate order).

But if the PM continues to hide behind cabinet confidentiality and precedent, it won’t just be his skin that sustains bruises, but that of his right hand bureaucrat. And anyway, there is always the prospect of a Senate order, and the certainty of Senate estimates hearings.

– ref. View from The Hill: We need to see Gaetjens’ report on McKenzie – not least for Gaetjens’ sake – https://theconversation.com/view-from-the-hill-we-need-to-see-gaetjens-report-on-mckenzie-not-least-for-gaetjens-sake-131144