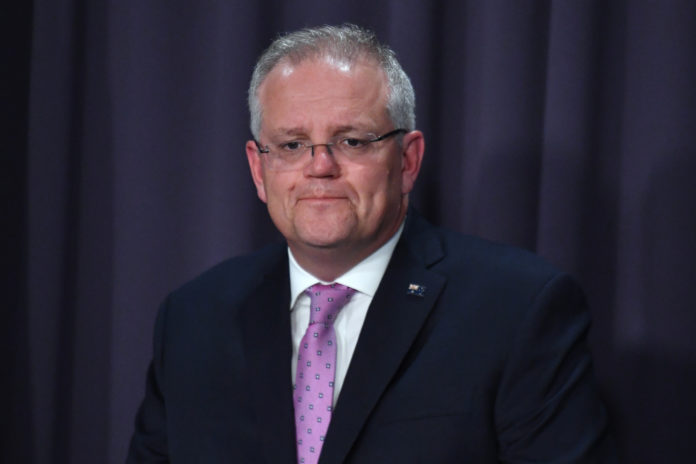 While Sports Minister Bridget McKenzie has been forced to resign over the “sports rorts” affair, the matter is far from settled. It’s likely to feature heavily in parliamentary debate in the coming days.

One of the outstanding issues is the very different findings by the Audit Office report and by the review undertaken by the head of the prime minister’s department, Phil Gaetjens. Scott Morrison has said he will not release the Gaetjens report, so we can only go on the quotes Morrison read from it in his press conference announcing McKenzie’s resignation.

Gaetjens found McKenzie had breached the ministerial standards due to her conflict of interest in failing to disclose her membership of a gun club that received funding. At the same time, he absolved the government, as he “did not find evidence” the allocation of grants was “unduly influenced by reference to marginal or targeted electorates”.

Read more: The ‘sports rorts’ affair shows the government misunderstands the role of the public service

In contrast, the auditor-general concluded that the “award of grant funding was not informed by an appropriate assessment process and sound advice”, and was contrary to principles of merit.

So, what is the status of the prime minister’s department compared to the auditor-general? And how would this have played out differently with a federal Independent Commission Against Corruption (ICAC)?

How was the affair handled by government?

Alongside other integrity officers, such as the ombudsman and information commissioner, the auditor-general forms an important part of the Australian integrity framework. Their job is to hold government to account. They have significant coercive powers to compel documents and persons, which is essential to expose government wrongdoing.

The integrity officers have brought to light many examples of government maladministration. Yet they cannot compel government to change its practices – they only have the power of publicity and recommendation.

By referring the sports rorts affair to the prime minister’s department to investigate, the government is essentially conducting an internal investigation.

The department is under the full control of the prime minister. Like all senior public service executives, the department’s secretary, Gaetjens, is on a fixed-term contract without employment security.

What would have happened with a federal ICAC?

A former NSW auditor-general has claimed a federal ICAC would have investigated the sports grants scandal.

So, how might this incident have played out if there was a federal ICAC?

First of all, it depends which version of a federal ICAC we are talking about. Federal Attorney-General Christian Porter has proposed a watered-down model of a Commonwealth Integrity Commission (CIC).

The threshold for investigation by Porter’s CIC model is high. It requires a reasonable suspicion of corruption amounting to a criminal offence before an investigation can even begin. It is doubtful the sports rort affair can meet this very high bar of suspected criminality.

Read more: The proposed National Integrity Commission is a watered-down version of a federal ICAC

So it is unlikely the proposed CIC will even have the power to investigate this issue.

Even if the CIC could investigate, it would not have the power to conduct public hearings or make findings of corruption.

On the other hand, if a federal ICAC “with teeth” is implemented, it is more likely to have the power to investigate this alleged maladministration of public funds.

A strong federal ICAC would have the power to hold public hearings. It could more fully ventilate all issues surrounding this matter.

A strong federal ICAC would have been able to compel ministers, public servants and ministerial advisers to give evidence. This would paint a better picture of political interference in Sports Australia’s decision-making.

A strong ICAC investigation would be far more independent than that of a departmental secretary, and its final report would be public. It would also be able to make findings of corruption, which could then be prosecuted in the courts.

How can things be improved?

McKenzie has resigned, which is emblematic of ministerial responsibility. The minister has taken the hit based on her failure to declare her conflict of interest.

But the Gaetjens finding that there has been no political interference in the sports grant allocation is rather convenient for the government.

Gaetjens’ conclusion was also flawed in stating that political considerations were not “the primary determining factor”.

The question was never whether partisanship was the primary determining factor: political considerations should not have been a consideration at all in awarding the grants. As the ministerial standards say: ministers must not take into account irrelevant considerations.

It would have been better if a truly independent body, such as a strong federal ICAC, conducted the investigation to assuage all doubts.

Another major issue is the interaction between the minister and Sports Australia, an independent statutory corporation.

Some jobs have been taken out of the hands of politicians and given to government corporations such as Sports Australia. This is to avoid the partisan interference and short-termism that characterises modern politics. An example is letting the Reserve Bank set interest rates, rather than politicians.

Yet, in this situation, the minister interfered with Sports Australia’s legal decision-making.

My research has shown government corporations set up by statute, such as Sports Australia, are subject to a high level of parliamentary, financial and legal accountability. They should thus be given the freedom to operate in keeping with their statutory mandate.

We still have work to do to tighten up rules to ensure the probity of procurements and grants. We also need to clarify the roles of ministers in relation to statutory corporations like Sports Australia. Only then can we say we have resolved the issues arising from the sports rorts affair.

– ref. The ‘sports rorts’ affair shows the need for a proper federal ICAC – with teeth – https://theconversation.com/the-sports-rorts-affair-shows-the-need-for-a-proper-federal-icac-with-teeth-122800