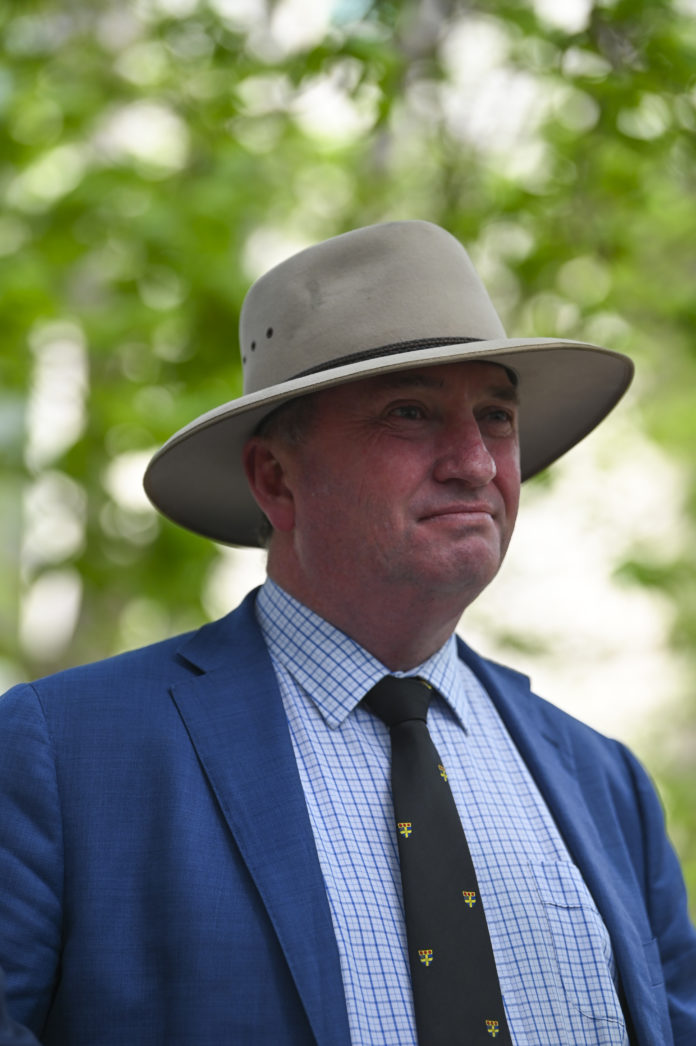 Richard Di Natale has quit the leadership of the Greens, telling his party room on Monday he will also leave the Senate.

Citing in particular family reason for his shock departure, Di Natale said: “It’s a tough and demanding job and my boys are nine and 11, and I want to be present in their lives. My wife has been a huge support for me in my career and I want to be able to support her in her career.”

He also said he’d had major surgery at the end of last year which “took a bit out of me”.

The shock resignation comes as former deputy prime minister Barnaby Joyce announced he would challenge Nationals leader Michael McCormack if there was a move for a leadership spill at Tuesday’s party meeting.

The Greens will elect their new leader on Tuesday morning. The party’s sole lower house member, Adam Bandt, immediately announced he would stand.

Read more: Greens on track for stability, rather than growth, this election

Di Natale was elected to the Senate at the 2010 election and became leader in 2015 after Christine Milne quit. He was hailed as likely to broaden the appeal of the party, potentially picking up more centrist voters and expanding its electoral footprint. That promise has not materialised.

The party maintained its Senate representation of nine in last year’s election, as well as holding Bandt’s seat of Melbourne.

Di Natale said he left the party in good shape, with its second best result at last year’s election. “If we just repeat that result we will elect three new senators and have a shot at the balance of power. I think we’ll do better than that,” he said.

He knew his decision would shock members and supporters but the time was right – for him and for the Greens. “We are bigger than one person.” He did not know what would come next for him, but he would remain involved in Green issues.

He highlighted the Greens’ role in elevating the climate debate. “We Greens put climate action on the agenda at the last election and that was just the beginning. Every election from now on will have the climate emergency front and centre.”

He believed former leaders should not hang around in parliament. He would resign from the Senate when his replacement was chosen. He anticipated that would be about mid-year.

The Nationals are also dealing with leadership changes. Barnaby Joyce, who resigned the party’s leadership amid a furore over his personal life in early 2018 and has long wanted to reclaim the post, told Seven: “If there is a spill then I will put my hand up.” He noted he had always said that if there was a vacancy for the leadership he would stand.

The Nationals have been destabilised by Bridget McKenzie being forced to resign from cabinet for breaching ministerial standards in the sports rorts affair, over failing to declare her memberships of gun organisations. She said on Monday she accepted she should have declared the memberships in a more timely fashion but she did not believe they had constituted a conflict of interest.

The Nationals will elect a new deputy leader to replace McKenzie on Tuesday.

To get a spill for the leader’s position needs only a mover and seconder.

Victorian National Damian Drum said he did not think Joyce had the numbers, so he did not believe it would come to a vote on McCormack’s position.

Party sources believe McCormack has the support to keep his position, despite considerable internal and external criticism of his performance. But if Joyce ran and got a substantial vote, that would put McCormack under severe pressure. The last thing Scott Morrison wants would be for Joyce to make a comeback.

Water Resources minister David Littleproud, a Queenslander, is considered frontrunner for the deputy leadership. David Gillespie, from NSW, has said he will run for deputy.