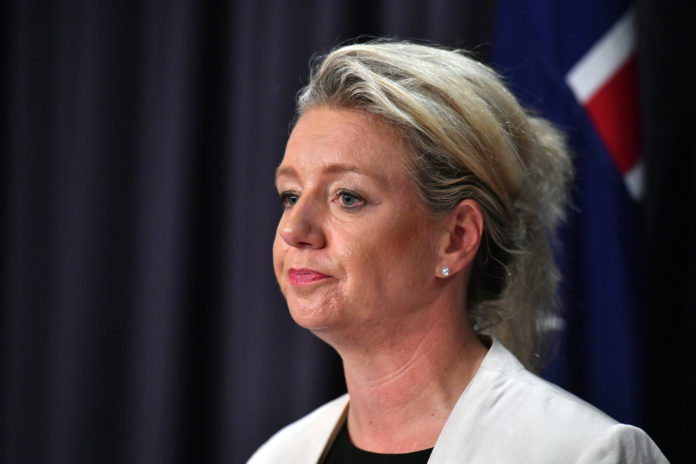 The sports rorts scandal has evoked in some commentators considerable nostalgia. There was a time, we are assured, when politics was governed by genuine integrity. Andrew Peacock offered John Gorton his resignation after his wife appeared in an ad spruiking bedsheets. Mick Young had to step aside from the Hawke ministry over a failure to declare a Paddington Bear on his return to Australia from an overseas visit. The inevitable comparisons have been with an earlier sports rorts affair, sometimes also recalled as the whiteboard affair. It resulted in the resignation of Keating government minister Ros Kelly in 1994.

By way of contrast, an adverse Australian National Audit Office report disclosing political rorting on a grand scale of a A$100 million government grants scheme was insufficient to blast National Party Deputy Leader Bridget McKenzie from her job. Rather, she has been forced from her position on the ludicrously narrow and contrived grounds of a conflict of interest – a grant to a gun club of whom she was an undeclared member. Let the jokes about Al Capone and tax evasion flow!

I recall learning about “individual ministerial responsibility” in high school politics classes. The textbook told us that while the principle was among our borrowings from Westminster and Whitehall, it had been applied with some flexibility in the modern Australian context. This was true, but only barely so. I studied such matters in 1986 and, up to that point, Australia had experienced a decade in which the principle had been rather strictly applied.

The key figure here was Malcolm Fraser, prime minister from 1975 to 1983. Fraser had good reason to be firm in maintaining proprieties. In 1971 he had risen in the parliament and declared John Gorton “not fit to hold the great office of Prime Minister”. While Fraser was aggrieved at what he saw as Gorton’s disloyalty to him, the prime minister’s unorthodox personal and political behaviour had been causing considerable grief among Liberals used to the reassuring somnolence of the Menzies era. A party room ballot for the leadership resulted in a tie, and Gorton threw in the towel.

In November 1975, Fraser brought down another prime minister, this time from the Labor Party, in far more dramatic circumstances. But it was ministerial scandal that had offered Fraser his chance. On becoming Liberal leader earlier in 1975, he had assured the public that he would use the government’s numbers to block supply in the Senate only if there were “most extraordinary and reprehensible circumstances”. Fraser believed these circumstances had been created by the Loans Affair, which involved two government ministers in unorthodox loan-raising activities. The fall of the Minister for Minerals and Energy Rex Connor and Treasurer and Deputy Prime Minister Jim Cairns, undermined public confidence in an already ailing government. The married Cairns’s very public relationship with a female member of his staff, Junie Morosi, also contributed to the atmosphere of chaos.

A prime minister such as Fraser, whose own political legitimacy derived in large part from his claims to a superior integrity, could not afford to indulge his ministers. Even heavy-hitters sometimes went down for seemingly minor transgressions.

One of his most ruthless henchmen, Senator Reg Withers – he did not get his nickname “The Toecutter” at Sunday school – went for the capital crime of influencing the renaming of a federal electorate. Phillip Lynch, Deputy Liberal Leader and Treasurer, went for alleged improprieties involving land speculation in Victoria. Future National Party Leader Ian Sinclair also lost his ministry over business dealings. Most amusingly, Senator Glen Sheil was sacked before his appointment as a minister was even finalised. He was foolish enough to offer the media his (favourable) views on South Africa’s system of apartheid, which Fraser hated with intensity.

Bob Hawke was hardly less strict than Fraser, even if his ministers gave him less to worry over. He was deeply distressed to have to rid the cabinet of his mate, Mick Young, in the early months of the government in 1983 after Young divulged to an associate a cabinet decision to expel a Soviet diplomat.

As prime minister, Paul Keating had more scandals to worry over, including Kelly and sports rorts. Right-wing powerbroker Graham Richardson lost his place after intervening with the government of the Marshall Islands on behalf of a relative who had landed himself in hot water over some dubious business affairs. But Richardson later returned to Cabinet. In late 1995, in the so-called Penny Easton Affair, Carmen Lawrence survived a finding by a Western Australian Royal Commission that she misled parliament while she was premier. After Lawrence was later charged with perjury, she stood aside as shadow minister until she had been acquitted.

The Easton Affair, although occurring late in the life of the Keating government, might have been the turning point. If not, the early Howard years surely were. The new government adopted a sparkling ministerial code of conduct, but lost seven ministers in its first 18 months. The code’s application became increasingly flexible, with Howard seemingly more inclined to calculate whether more damage would be done to his government by a sacking than by grim resistance.

Read more: The ‘sports rorts’ affair shows the government misunderstands the role of the public service

By the time of the Australian Wheat Board affair, the idea that the Minister of Foreign Affairs Alexander Downer might be held in any way responsible for the industrial-scale misbehaviour involved in the AWB’s United Nations sanction-busting Iraqi wheat sales had already become rather quaint. Nor did any minister pay the price when an Australian citizen was illegally deported and a permanent resident illegally detained. No minister was held responsible for the arrest, and vindictive and illegal visa cancellation, of an Indian doctor falsely accused of involvement in terrorism.

This is essentially the political world in which we live now. McKenzie was forced out because of a political calculation that the damage of her holding on had become too great, and that her removal would not cause intolerable turbulence in the Coalition. But it is unclear that the scandal has done the government much lasting damage in any case.

Even young journalists today have been reared on a rational understanding of politics that says if a government behaves badly enough, it incurs damage that might threaten its future. But what if the overall effect of this scandal is simply to confirm for the minority of voters paying attention that politicians are self-serving and untrustworthy, and politics an elaborate racket?

Scott Morrison’s prime ministership is a creature of the Trump era. He knows that it is right-wing populists who have yielded the benefits of the collapse of political trust. His celebration of quiet Australians carries the message: “Let us get on with things and we’ll see you in three years”. His Sunday afternoon political stitch-up wasn’t elegant, but it will serve its immediate purpose of taking a bit of heat out of the affair. There are still few signs that anything like a majority of voters are alive to his confidence tricks.

– ref. Remembrance of rorts past: why the McKenzie scandal might not count for a hill of beans – https://theconversation.com/remembrance-of-rorts-past-why-the-mckenzie-scandal-might-not-count-for-a-hill-of-beans-130793