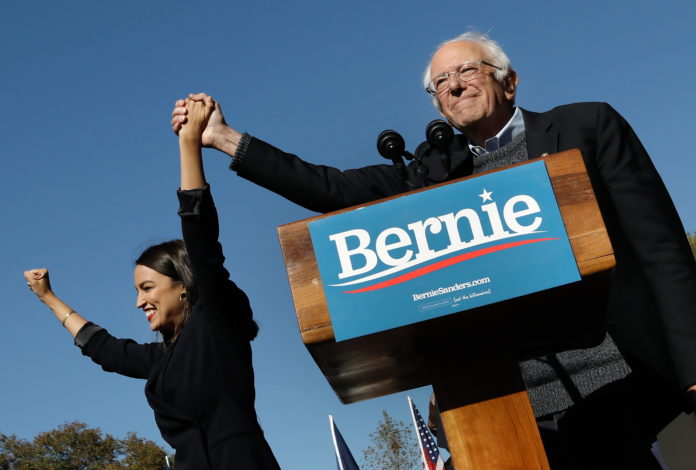 Four days before the US Iowa Democratic caucuses next Tuesday AEDT, the RealClearPolitics poll average has Bernie Sanders narrowly leading with 23.8%, followed by Joe Biden on 20.2%, Pete Buttigieg 15.8%, Elizabeth Warren 14.6% and Amy Klobuchar 9.6%.

Nationally, it’s 28.8% Biden, 22.5% Sanders, 14.1% Warren, 8.5% Michael Bloomberg and 6.0% Buttigieg. In the past two weeks, Biden and particularly Sanders have gained, mostly at the expense of Warren and Buttigieg.

Iowa is important because it helps to winnow the field of candidates, and candidates who exceed expectations often get a surge in their national voting intentions.

However, the almost all-white Iowa does not represent the overall Democratic primary electorate. Biden has polled strongly with black voters, but not so well with whites.

If, as some polls suggest, Biden nevertheless won Iowa, he would likely be the Democratic nominee to face Donald Trump in November. If he fails to win Iowa, Biden is still well-placed when the contest turns to more diverse states.

CNN analyst Harry Enten says that, despite Sanders’ current Iowa poll lead, he’s still only a two in five chance to win. Historically, polls have not been good at caucuses, and there can be late swings in Iowa. Analyst Nate Silver says polls at this stage in eight of the last 11 contested Iowa caucuses for either party have been inaccurate.

What happens at the caucuses

If candidates win fewer than 15% at a particular caucus site, their supporters will be asked to realign. A candidate originally declared “unviable” can become viable on the second round if they then clear the 15% threshold. Candidates who were declared viable in the first round cannot lose support, but can gain from supporters of unviable candidates.

As I wrote previously, a caucus is distinct from a primary, which is conducted by the state’s electoral authority. A major difference from standard electoral practise is that a caucus is not a secret ballot. Caucuses have far lower turnout than primaries, resulting in a greater weight for party activists.

This year, the Iowa Democrats will report three results from their caucuses: the raw vote totals before realignment, the totals after realignment, and the number of state delegate equivalents, which excludes unviable candidates. Previously, only the state delegates have been reported. It is possible there will be disagreement between these measures, particularly with a close vote.

What happens after Iowa?

There are three more Democratic presidential contests in February: the New Hampshire primary (February 11), the Nevada caucus (February 22) and the South Carolina primary (February 29). After Nevada, there is only one state (Wyoming) that uses the caucus format to decide its delegates.

The four early states account for just 4% of pledged delegates, and are important mainly to establish front runners and winnow the field.

Delegates are proportionally allocated, but candidates must meet a 15% threshold to win any delegates, both within a state and Congressional District (CD). Delegates are allocated to states and CDs based on population and how Democratic-leaning they are.

If Sanders has large wins in Iowa and New Hampshire, he is likely to surge in the national polls. The nightmare scenario for moderate Democrats is that Warren supporters shift to Sanders, while the moderate vote is split between Biden and candidates who are unlikely to reach the 15% threshold, such as Bloomberg, Buttigieg and Klobuchar.

Biden is disadvantaged by the early calendar, as Iowa and New Hampshire are almost all-white, with Sanders likely benefiting from being senator for the neighbouring Vermont in New Hampshire.

Since my mid-January article, Trump’s net ratings have improved about two points despite the impeachment hearings. The strong US economy is far more important to non-college educated voters.

In national general election polls, Biden leads Trump by 4.3% in the RealClearPolitics average, Sanders leads by 3.0%, Warren leads by 1.2%, Bloomberg leads by 3.2%, but Buttigieg trails Trump by 0.2%. These margins are little changed from December.

US economy had 2.1% annualised growth in December quarter

In the December 2019 quarter, the US economy grew at a 2.1% annualised pace, unchanged from the growth in the September quarter. The US reports its quarterly growth rate as if it applied to the whole year. Dividing by four gives what is commonly used in Australia – a little over a 0.5% growth.

I wrote for The Poll Bludger Wednesday that Brexit isn’t over on January 31; the UK government has until December 31 to negotiate a trade deal with the European Union and pass it through parliament. Also covered: the UK Labour leadership contest and the February 8 Irish election.

On my personal website on January 8, I covered the left winning a crucial confidence vote by two votes in Spain and the formation of a conservative/green coalition government in Austria.