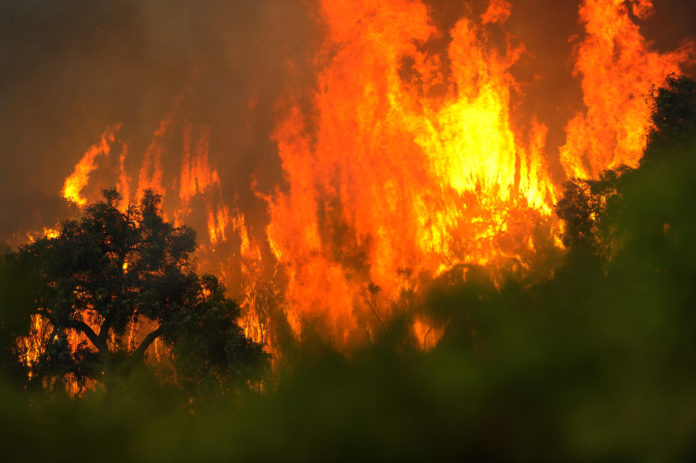 Bushfires have killed 33 people and destroyed nearly 3,000 houses across Australia so far this fire season. Canberra is under threat right now.

It isn’t only houses. Significant commercial buildings have been destroyed, among them Kangaroo Island’s iconic Southern Ocean Lodge.

In New South Wales alone, 140 schools have been hit. Many require extensive work.

It requires new homes (Class 1 buildings) built in declared “bushfire-prone” areas to be built to either Australian Standard 3959, the National Association of Steelframed Housing standard “Steel Framed Construction in Bushfire Areas”, or a “performance solution”, which could be anything that in the opinion of a qualified person complies with the performance requirements of the code.

It also applies to Class 2 buildings (apartments) and Class 3 buildings (hotels and guesthouses) in bushfire-prone areas.

Disturbingly, the code does not apply to community buildings, such as schools.

The standard does not fireproof buildings

The definition of “bushfire-prone” varies from state to state, as do the procedures for enforcing it.

Confused? So are many construction professionals.

The sad truth is that any practical building that is exposed to an intense bushfire will probably burn down, whether it complies with Australian Standard 3959 or not.

Worse still, the available evidence suggests there is a significant risk that the people sheltering in it will not survive without an effective refuge, which Australian Standard 3959 does not mandate or consider.

The standard speaks for itself:

Although this Standard is designed to improve the performance of buildings when subjected to bushfire attack in designated bushfire-prone areas, there can be no guarantee that a building will survive a bushfire event on every occasion. This is substantially due to the unpredictable nature and behaviour of fire and extreme weather conditions.

More importantly, while a building constructed to Australian Standard 3959 might be less likely to burn down, Standard 3959 in its current form might not protect the people within the building.

In the case of bushfire, the Australian Building Codes Board and its political masters appear to have put the protection of buildings first, when it should be last.

If a house is under threat by bushfire, the best advice is to evacuate early, whether it complies with Australian Standard 3959 or not.

Read more: Our buildings aren’t made to keep out bushfire smoke. Here’s what you can do

By encouraging people to believe they can defend a structure compliant with Australian Standard 3959 we could be putting more people at risk than if we simply told them to evacuate.

Residents and firefighters defending houses have accounted for a large percentage of the deaths this fire season.

It’d be better to rethink where we build

We may need to have difficult conversations about whether our subdivision practices are appropriate. Allowing people to build in areas that are bushfire-prone, particularly where buildings are effectively built into the bush, might be creating unmanageable problems for the future.

If there is no such thing as a bushfire-proof house, as Australian Standard 3959 seems to concede, we might need to focus on evacuation and shelters.

In the United States, rather than requiring houses to resist tornadoes or wildfires, the Federal Emergency Management Agency encourages the provision of shelters. State and local authorities often make these mandatory.

People are more important than buildings

Having attended one funeral for a person killed defending their home this fire season, I have had enough. We should not be worrying about protecting buildings until we have worked out how to protect human life.

The Building Ministers’ Forum and the Australian Building Codes Board should either embrace a policy of early evacuation or mandate fire shelters in bushfire-prone areas for both new and existing houses.

The board and the states should also make every effort to regulate to ensure all buildings and places designated as refuges of last resort can properly fulfil their intended function, whether they are new or not.

If we are going to have another fire season similar to this year, and so far the CSIRO predictions on this have been totally accurate, we will need to sort this out quickly, preferably before next summer.

– ref. Building standards give us false hope. There’s no such thing as a fireproof house – https://theconversation.com/building-standards-give-us-false-hope-theres-no-such-thing-as-a-fireproof-house-130165