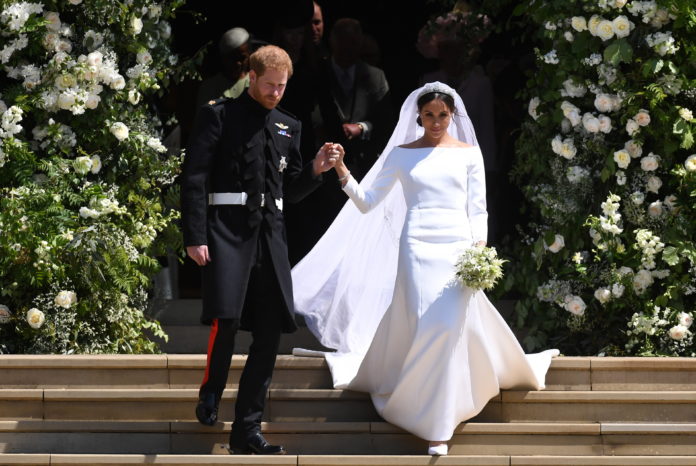 Source: The Conversation (Au and NZ) – By Jolanda Jetten, Professor, School of Psychology, ARC Laureate Fellow, The University of Queensland

If you’ve ever dreamt of fame and fortune, Prince Harry and his wife Meghan Markle turning their backs on the royal lifestyle might seem churlish. So too their desire to be “financially independent”.

As a senior royal, Harry is at the height of his popularity – a popularity that marrying Markle has only amplified.

On top of the millions he has inherited from his mother and great grandmother, he gets millions more annually, both from his cut of the “sovereign grant” paid by the British government and the allowance from his father (from the revenues of Duchy of Cornwall estate).

Harry and Meghan aren’t exiting the family firm penniless, but if they stayed they would be looked after in luxury for the rest of their lives.

Read more: Prince Harry and Meghan Markle: why half in, half out just isn’t an option for royals

Madness? No. Research suggests Harry and Meghan would be well and truly in their right minds to be sick of royal fame and fortune.

Psychologists, economists and philosophers have confirmed three things. First, money can’t buy happiness. Second, we want to feel we have earned our success and popularity. Third, being looked after from the cradle to the grave has its downsides.

In short, having everything handed to you on a platter just isn’t satisfying.

Even though this statement is arguably a cliché, there is good evidence it’s true. While money buys happiness up to a point, the positive effects of money on happiness level off once individuals have obtained enough wealth to live a comfortable life.

This relationship has been observed at the country level, with multiple studies showing that, once a nation reaches a certain level of wealth, national happiness does not increase in parallel with extra wealth. This is known as the Easterlin paradox. According to economist John Helliwell, a co-editor of the World Happiness Report, the social context – marriage and family, ties to friends and neighbours, workplace ties, civic engagement, trustworthiness and trust – is more important than wealth.

One reason given for why wealth doesn’t buy individuals any more happiness after a certain point is that money becomes both a reason and means to distance ourselves from others. To paraphrase Christopher Ryan, author of Civilized to Death: The Price of Progress, what people tend to do with extra money is buy separation, whereas researchers “have concluded again and again that the single most reliable predictor of happiness is feeling embedded in a community”.

Extraordinary wealth, then, sets us against what we are programmed to do by evolution: seek out the company of others and band together in a community. Research has repeatedly shown this has a huge mental health cost.

Read more: Loneliness is a social cancer, every bit as alarming as cancer itself

Importantly, too, how we earn our money affects how much we enjoy it. Research among more than 4,000 millionaires in the US, for example, showed those who were “self-made” were moderately happier than those who inherited their wealth.

Read more: Measures of happiness tell us less than economics of unhappiness

Taken together, these factors help explain why Harry and Meghan’s wealth might, psychologically speaking, be more curse than blessing.

Most of us, particularly teenagers, crave popularity. According to a YouGov poll, Harry is the second-most-popular member of the British royal family – pipped only by Queen Elizabeth. Some are convinced he won’t keep this popularity without his royal status.

Why would someone want to give up being liked and loved by stepping out of the limelight?

Because psychological research shows people feel less pride in their achievements if they attribute it to external reasons. In this case, that would being born as a royal for Harry, and being pretty and marrying into a royal family for Meghan. For their popularity and success to mean something, they would need some “internal attribution” – that it has something to do with their own abilities, effort and skill.

In a world that values meritocracy, as Alain de Botton argues, we need to “own our success” — the very thing Harry and Meghan cannot do as royals.

Most of us aspire to being financially secure for the rest of our lives. Many of us would give a lot to know what lies ahead.

But while there is comfort in some sense of security and predictability, knowing exactly what the future holds might be a curse. This is because humans thrive also on feeling a sense of freedom and choice.

So just as having no certainty can take its mental toll, so does feeling one’s future is totally predetermined and that you have no real control over the way your life will unfold.

Psychologists call the motivation to regain a freedom after it has been lost reactance – and this might be something strong within someone, for example, who has lost freedom due to marrying into a high-profile family.

Do the reasons above explain why Harry and Meghan have left the royal fold? We can’t say that. Only they know their motivations.

But what we do know is that all the research points to fortune, fame and security not necessarily leading to a good, happy life. These things can in fact be burdens, bringing out our worst, not our best.

Read more: The paradox of happiness: the more you chase it the more elusive it becomes

That happiness comes more from community connection, merit, effort and making our own decisions is good news for the rest of us. Let’s hope it works out for Harry and Meghan too.

– ref. The science backs Harry and Meghan turning in their royal privilege. Fame and fortune aren’t the keys to happiness – http://theconversation.com/the-science-backs-harry-and-meghan-turning-in-their-royal-privilege-fame-and-fortune-arent-the-keys-to-happiness-130132