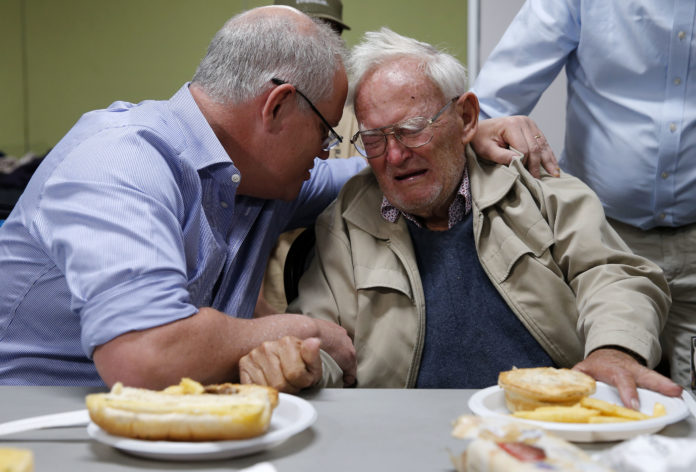 Those who say “I told you so” are rarely welcomed, yet I am going to say it here. Australian scientists warned the country could face a climate change-driven bushfire crisis by 2020. It arrived on schedule.

For several decades, the world’s scientific community has periodically assessed climate science, including the risks of a rapidly changing climate. Australian scientists have made, and continue to make, significant contributions to this global effort.

I am an Earth System scientist, and for 30 years have studied how humans are changing the way our planet functions.

Scientists have, clearly and respectfully, warned about the risks to Australia of a rapidly heating climate – more extreme heat, changes to rainfall patterns, rising seas, increased coastal flooding and more dangerous bushfire conditions. We have also warned about the consequences of these changes for our health and well-being, our society and economy, our natural ecosystems and our unique wildlife.

Today, I will join Dr Tom Beer and Professor David Bowman to warn that Australia’s bushfire conditions will become more severe. We call on Australians, particularly our leaders, to heed the science.

The more we learn, the worse it gets

Many of our scientific warnings over the decades have, regrettably, become reality. About half of the corals on the Great Barrier Reef have been killed by underwater heatwaves. Townsville was last year decimated by massive floods. The southeast agricultural zone has been crippled by intense drought. The residents of western Sydney have sweltered through record-breaking heat. The list could go on.

All these impacts have occurred under a rise of about 1℃ in global average temperature. Yet the world is on a pathway towards 3℃ of heating, bringing a future that is almost unimaginable.

How serious might future risks actually be? Two critical developments are emerging from the most recent science.

First, we have previously underestimated the immediacy and seriousness of many risks. The most recent assessments of the Intergovernmental Panel on Climate Change show that as science progresses, more damaging impacts are projected to occur at lower increases in temperature. That is, the more we learn about climate change, the riskier it looks.

For Australia, a 3℃ world would likely lead to much harsher fire weather than today, more severe droughts and more intense rainfall events, more prolonged and intense heatwaves, accelerating sea-level rise and coastal flooding, the destruction of the Great Barrier Reef and a large increase in species extinctions and ecosystem degradation. This would be a tough continent to survive on, let alone thrive on.

The city I live in, Canberra, experienced an average seven days per year over 35℃ through the 1981-2010 period. Climate models projected that this extreme heat would more than double to 15 days per year by 2030. Yet in 2019 Canberra experienced 33 days of temperatures over 35℃.

Second, we are learning more about ‘tipping points’, features of the climate system that appear stable but could fundamentally change, often irreversibly, with just a little further human pressure. Think of a kayak: tip it a little bit and it is still stable and remains upright. But tip it just a little more, past a threshold, and you end up underwater.

These tipping points do not act independently of one another. Like a row of dominoes, tipping one could help trigger another, and so on to form a tipping cascade. The ultimate risk is that such a cascade could take the climate system out of human control. The system could move to a “Hothouse Earth” state, irrespective of human actions to stop it.

Hothouse Earth temperatures would be much higher than in the pre-industrial era – perhaps 5–6℃ higher. A Hothouse Earth climate is likely to be uncontrollable and very dangerous, posing severe risks to human health, economies and political stability, especially for the most vulnerable countries. Indeed, Hothouse Earth could threaten the habitability of much of the planet for humans.

Tipping cascades have happened in Earth’s history. And the risk that we could trigger a new cascade is increasing: a recent assessment showed many tipping elements, including the ones listed above, are now moving towards their thresholds.

Now is the perfect time to reflect on what science-based risk assessments and warnings such as these really mean.

Two or three decades ago, the spectre of massive, violent bushfires burning uncontrollably along thousands of kilometres of eastern Australia seemed like the stuff of science fiction.

Read more: View from The Hill: Morrison should control that temper in Liberal climate debate

Now we are faced with more than 10 million hectares of bush burnt (and still burning), 29 people killed, more than 2,000 properties and several villages destroyed, and more than one billion animals sent to a screaming, painful death.

Scientists are warning that the world could face far worse conditions in the coming decades and beyond, if greenhouse gas emissions don’t start a sharp downward trend now.

– ref. Scientists hate to say ‘I told you so’. But Australia, you were warned – http://theconversation.com/scientists-hate-to-say-i-told-you-so-but-australia-you-were-warned-130211