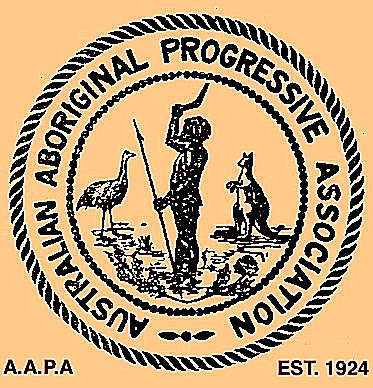 Source: The Conversation (Au and NZ) – By John Maynard, Director/Chair of Aboriginal History – The Wollotuka Institute, University of Newcastle

When one reads the Uluru Statement of the Heart – and its call for a Voice to Parliament – it is important to recognise this is not a new fight. In fact, Aboriginal people began making demands for a political voice nearly a century ago.

The first Aboriginal political organisation, the Australian Aboriginal Progressive Association (AAPA), was formed in Sydney in 1924 and advocated several key changes aimed at protecting the rights of Aboriginal people.

These centred on basic rights such as land for every Aboriginal family and protecting Aboriginal children from being taken from their families. The AAPA also called for genuine Aboriginal self-determination and an Aboriginal board to sit under the Commonwealth government.

A number of these points were later resurfaced in the Uluru Statement – most notably, the establishment of a First Nations Voice.

Fred Maynard, my grandfather, was the president of the AAPA in the 1920s. In his inaugural address to the organisation in 1925, he said,

Our people have not had the courage in the past to stand together but now we are united to fight for all of the things that are near and dear to us. We want to be in charge of our own destiny.

More than 200 people gathered for this first-ever Aboriginal rights convention. The event became front-page news, with banner headlines proclaiming, “Aborigines demand self determination” and “Self determination is their aim”.

Two years later, the AAPA produced a manifesto that was delivered to all sections of government – both state and federal – and published widely across NSW, South Australia, Victoria and Queensland.

One of the most significant points was for an Aboriginal board to be established under the Commonwealth government, and for state control over Aboriginal lives to be abolished.

The control of Aboriginal affairs, apart from common law rights shall be vested in a board of management comprised of capable educated Aboriginals under a chairman to be appointed by the government.

Having a Voice in Parliament

This was just the beginning of the fight for self-determination.

In 1927, Dorothy Moloney, a fervent non-Indigenous supporter of the AAPA, voiced her public support for the organisation’s push for a royal commission into the state-controlled Aborigines Protection Boards. This was a direct challenge to decades of mismanagement and Aboriginal suffering.

In a newspaper column, Moloney emphasised the importance of Aboriginal recognition and giving Aboriginal people the right to vote:

The founders of the Commonwealth Parliament … excluded the native population from the franchise. The Royal Commission which will sit in the near future to make suggestions regarding the amendment of the Constitution will be asked to reverse this unfortunate flaw, since it is our boast that the people of this Country have a say in making the laws which they are expected to obey.

the present status and general conditions of the Aborigines.

Lang, in turn, referred the matter to the Aborigines Protection Board. Its response was both negative and misinformed. And it sits as a reminder of the organisation’s sinister impact on Aboriginal lives for the greater part of the 20th century.

The Board doubts that the appointment for a Commission to inquire into the matter is called for, so far as New South Wales is concerned.

Maynard was outraged and wrote a powerful three-page response to Lang.

I wish to make it perfectly clear on behalf of our people, that we accept no condition of inferiority as compared with the European people.

That the European people by the arts of war destroyed our more ancient civilisation is freely admitted, and that by their vices and diseases our people have been decimated is also patent, but neither of these facts are evidence of superiority. Quite the contrary is the case.

Aboriginal control over their own affairs

In early 1928, the Royal Commission into the Constitution was finally established in Canberra to discuss, among other issues, the future of Aboriginal policy-making.

Maynard and missionary activist Elizabeth McKenzie-Hatton wrote a joint response to the commission asserting the Commonwealth government was better equipped, more capable and more accountable to manage Aboriginal affairs than the states.

He reiterated this position in a piece for the South Australian newspaper The Daylight:

our unswerving loyalty is with you, to solidify the whole of the [A]boriginal position throughout Australia, also for the abolition of the state control as constituted which we claim is against the best interest of our people.

Sadly, though, the commission refused to take responsibility for Aboriginal affairs away from the states and hand its oversight to an Aboriginal board to sit under the Commonwealth government. The hopes of the AAPA and its supporters were dashed.

But Maynard didn’t stop pressing his cause. In early 1929, he spoke to the Chatswood Willoughby Labour League in NSW on Aboriginal issues. A newspaper report mentioned his call for an Aboriginal representative

in the Federal Parliament, or failing it, to have an [A]boriginal ambassador appointed to live in Canberra to watch over his people’s interests and advise the Federal authorities.

Important legacy of the AAPA

The AAPA disappeared from public view later that year. There is strong evidence the organisation was effectively broken up through the combined efforts of the NSW Aborigines Protection Board, missionaries and the police.

But the AAPA’s mission lived on. Two years later, Joe Anderson, one of the first Aboriginal people to use film to voice demands for Aboriginal recognition, famously delivered a nationwide address on the Cinesound News broadcast as the self-proclaimed “King Burraga”. He declared:

All the black man wants is representation in Federal Parliament.

Nearly a century later, we need to mobilise support to embrace the Uluru Statement and its ideals of finally seeking to heal from the past and provide a platform that is just and equitable for all Australians.

As the legacy of the AAPA illustrates, this recognition is long overdue.

– ref. The Voice to Parliament isn’t a new idea – Indigenous activists called for it nearly a century ago – http://theconversation.com/the-voice-to-parliament-isnt-a-new-idea-indigenous-activists-called-for-it-nearly-a-century-ago-122272