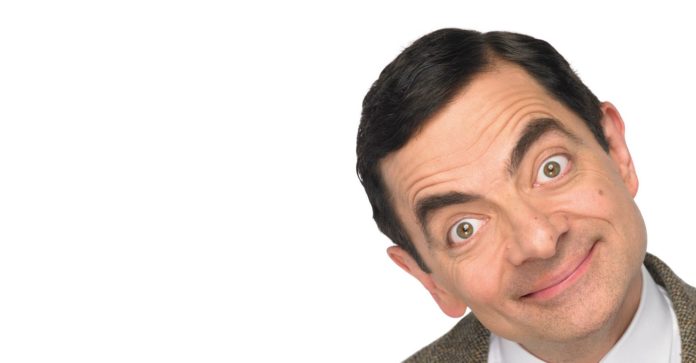 January 1 1990, Mr Bean debuted on ITV to an audience of 13.45 million. The brainchild of Rowan Atkinson and Richard Curtis, the pilot episode marked the birth of a major comedy character.

Bean has become so familiar, so comfortably part of our pop-culture tapestry, that it’s easy to miss how striking a creation he is.

At the time, the talented Atkinson was best known for his four incarnations of Blackadder.

After a slapsticky first iteration, Blackadder traded heavily on acidic and acerbic dialogue and Atkinson’s knack for delivering it. Even the most lethargic line delivery (“To you Baldrick, the Renaissance was just something that happened to other people.”) dripped with disdain and venomous wit.

While not to all tastes, Bean is widely recognised and beloved. The absence of dialogue helped the show become a global hit, transcending language and cultural differences to screen in almost 250 countries.

So what is it that makes Mr Bean such an adored creation?

A matter of size

Think of the most iconic images of silent comedy: Lloyd hanging from a clock tower, Keaton commandeering trains for the Confederacy, Chaplin body surfing through a network of oversized mechanical gears.

Now think of the most iconic Mr Bean vignettes: Bean at the swimming pool, in the dentist’s chair, entertaining a sick child on a plane, eating lunch at the park. All exquisite comedic scenes, shot on unflattering videotape in familiar environments.

The smaller sketches hold up stronger on repeat viewing, while more elaborate high jinks — Bean playing mini-golf across a whole county, Bean looking after a lost infant at a carnival — have not aged as well and tend to pale in charm and dilute the purity of the concept.

Bean is best when he works on a small scale.

Mr Bean has a child-like nature. Silent comedy stars typically played moderately functional adults. Even Harpo Marx, the most overtly childlike of them, had a predatory edge.

In contrast, Bean is, as Atkinson notes, “a child in a grown man’s body”.

The series’ opening credits, in which Bean falls to the ground with a splat from a spaceship, conjure other possible backstories. Is Bean an abductee returned to Earth minus some crucial grey matter? Or an alien attempting (poorly) to pass for human?

Fully formed from the start

Most of the characteristics that made Bean an indelible creation were introduced in the very first episode.

As he sits for an exam, reads the wrong test paper and attempts to cheat his way through it in the first sketch, we see his idiot savant status (he does know trigonometry), his competitiveness and compulsive one-upmanship, and his cruel sense of humour.

In the next sketch, Bean goes to the beach and changes into his bathers in the most complicated way possible.

The sketch introduces Bean’s imbecilic ingenuity — finding inordinately convoluted solutions for basic predicaments — as well as his tendency to generate his own complications and desperation to avoid social humiliation (it is British comedy, after all).

In the third and best sketch — a tour de force showcasing Atkinson’s rubbery complexion and virtuoso gangly physicality — Bean attends a church service, where he struggles to stay awake and clandestinely eat some candy under the admirably straight and puritanical eye of Richard Briers.

The sketch introduces the motif of Bean attempting to imitate human behaviour and everyday rituals and failing, earning the ire of others in the process.

Bean headlined 14 television episodes from 1990–1995, two feature films and an animated series, and appeared in various shorts, sketches and the 2012 Olympics.

The films and cartoon somewhat diluted the brand, and the character has endured the wear and tear that comes with longevity and cultural omnipresence: parents getting sick of their children watching Bean, adolescents thinking they’re too cool for Bean.

However, Mr Bean’s worldwide audience speaks loudly to the genius of the character and Atkinson’s performance. By returning to this first episode, 30 years on, we can re-experience the birth of this remarkable comic creation.

A line delivered by Groucho Marx in Duck Soup nicely encapsulates the simple core of Bean’s widespread appeal. He “may talk like an idiot, and look like an idiot, but don’t let that fool you: he really is an idiot”.