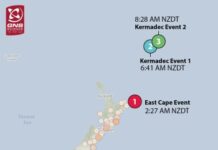 Forget the ideal worker myth. Unis need to become more inclusive for all women (men will benefit too)

More than 1 in 3 New Zealanders remain hesitant or sceptical about COVID-19 vaccines. Here’s how to reach them

Gary Juffa: People, covid is real … and dangerous. I know,...