Freed West Papuan political prisoner Numbungga Telenggen (left) is hugged by a supporter
in Jayapura at the weekend. Image: HRW/AFP.[/caption] MEDIA freedom in West Papua? The end of the international media blackout in the most repressed corner of the Melanesian Pacific, far from the gaze of neighbouring nations with the exception of Vanuatu? This is what Indonesian President Joko Widodo effectively declared in Jayapura last Saturday just days before a critical meeting between the Indonesian observers and a Melanesian Spearhead Group while the West Papuans are lobbying to join the club. But hold on … Promising sign though this is, Café Pacific says we ought to be viewing this pledge more critically and to take a longer term view to see if there are any real changes on the ground. Some media groups, such as the Pacific Freedom Forum and Pacific Islands Media Association, have responded with premature enthusiasm. “Freeing political prisoners and foreign press access to West Papua will be the biggest regional story this year – and the next,” declared the PFF. “Years of pressure are finally starting to pay off.” The International Federation of Journalists and other media groups have also welcomed the move. Put promise to test But first the promise needs to be put to the test. Foreign journalists, including from Pacific countries, need to take up Jokowi’s challenge – and apply to go there as soon as possible. Already, veterans of the human rights struggle have been warning about taking the promise at face value. The independent Australian-based West Papua Media, which has had eight years of on-the-ground experience in the region, has warned in an editorial that the foreign media should be doing “due diligence” over this development because West Papua is “still highly dangerous”. And Natalius Pigai, an indigenous Papuan who is currently a serving commissioner on the National Commission for Human Rights, has accused the president of trying to win “brownie points” with the international community. This was the president’s move to deal with the political fallout from the recent execution of foreign drug convicts, reported the Jakarta Globe. ‘Token release’ Natalius said the token release of a handful of political prisoners was not enough to bring peace to West Papua and there was no serious plan to address the underlying causes for the unrest.

“Pardons are something a president regularly hands out. What we need is a grand design, not just a ceremonial pardoning of political prisoners,” he said.He said Joko must start engaging in dialogue with the people in Papua to understand their points of view and what they wanted, as part of the “grand design” to bring peace and prosperity to the region. “People in Papua want to feel the government’s presence; they want the government to pay attention to their lives, not just exploit Papua as a campaign tool before the international public,” Natalius said.

The Jakarta Globe reported that nothing had fundamentally changed and human rights advocates pointed to the 60 mostly West Papuan and Maluku prisoners in jail for political offences that would seem minor in other countries. The newspaper reported Semuel Waileruny of the Maluku Civil Community Advocacy Centre as saying none of them deserved imprisonment because their demands had been peaceful.

“People in Papua and Maluku often stage peaceful rallies and protests against injustice, sometimes by waving the Morning Star flag [Papua’s independence symbol] or the South Maluku republic flag,” Semuel said.“But these actions should be seen as part of the freedom of expression, which should be protected by law. These people, though, have been arrested and accused of conspiring against the state. And they’ve often been tortured and imprisoned for up to 20 years.”

Media ban contradictions On the lifting of the media ban, already there has been some contradictions between what Jokowi has said and the view of the country’s chief security minister, who indicated “nothing had changed” in Jakarta’s stance over allowing the foreign press to report from the region.

“We’ll allow it, on condition that they report on what they see, not go around looking for facts that aren’t true from armed groups,” said Tedjo Edhy Purdijatno, the coordinating minister for political, legal and security affairs, effectively ruling out any attempt by foreign journalists to contact OPM members and other pro-independence sympathisers.He added that journalists would also need permission from the authorities to report from the country’s mountainous hinterland — the heart of the insurgency.

WPM reminds all foreign media workers that West Papua is and still remains an incredibly dangerous place for journalists to report, and presents an even greater threat to the safety of all journalism sources.A full analysis of the actuality of the so-called ‘lifting’ of the foreign media ban in West Papua will be released by West Papua Media’s team in the coming days, including analysis from our clandestine journalists who operate daily in the reality of the Papuan media environment, under threat constantly from Indonesian security forces.

Port Moresby arrests In Port Moresby, Pacific Media Watch reported seven protesters for West Papuan rights were arrested and detained for six hours before being released with no charge after President Widowo arrived on Monday for his two-day visit, sparking accusations that Indonesian “authoritarian rule” was spilling over into Papua New Guinea. Radio NZ International reported that Oro Governor Gary Juffa had explained that the the demonstration organisers, PNG Union for a Free West Papua, had obtained a court order allowing them to protest, but they had been detained arbitrarily.

He claimed the PNG government had been quick to try and please Jakarta by clamping down on peaceful protest.“We can’t allow Indonesia to extend their authoritarian rule into Papua New Guinea which is what seems to be happening,” said Governor Juffa. “In instances when Indonesians visit or when Indonesian officials are here then there’s a gag on the media, there’s all the military persons, the people are controlled, it’s as if we are a province of Indonesia.”

Human rights prize Meanwhile, in the good news department, a young Muslim human rights lawyer in mostly Christian West Papua has been awarded the coveted 2015 Gwangju Prize for Human Rights by the Unrepresented Nations and Peoples organisation (UNPO) for “exemplifying the ideals of human rights and peace”. Latifah Anum Siregar is chairperson of the Alliance for Democracy in Papua, a member of the Papua regional council, and a member of the human rights commission. According to UNPO, she has made “huge contributions to maintaining peace in a region of conflict and violence”. She reformed the system for women’s rights activists with the human rights institute Imparsial, protected Papua human rights activists, reported human rights violations to the United Nations, supported the Papua peace process, and is involved in many activities. “Moreover, the fact that she was able to lead the Papua Peace Movement despite multiple threats and kidnappings, suspected to be from the government, has been highly regarded,” the UNPO committee said. “She has also been recognised for showing the universality of human value by dedicating herself for the predominantly Christian region of Papua, in spite of being Muslim herself.” –]]>

Pacific media dangers: ‘I had death threats and my tyres slashed for my reporting’ 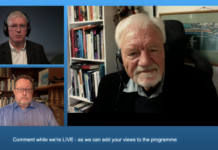 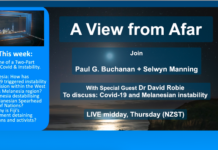