AUCKLAND (Pacific Media Watch): Global media freedom got an airing at the Amira Hass seminar tonight over a protest about a crackdown against Palestinian journalists that has left three wounded. Before visiting Haaretz journalist Amira Hass spoke on the ethical dilemmas of reporting about the occupied Palestinian territories, Pacific Media Centre director professor David Robie highlighted an attack on journalists demonstrating for media freedom. The International Federation of Journalists has condemned what it called the “deliberate attack” in the occupied territories on Palestinian journalists demonstration organised by the IFJ affiliate, the Palestinian Journalists Syndicate, to mark World Press Freedom Day last Sunday. The PJS president, Abdel Nasser Najjar, was hit by a stun grenade on both legs and two other colleagues were also wounded. The demonstration aimed at protesting against the Israeli restrictions on Palestinian journalists’ right to  free movement. The PJS said that security forces had charged demonstrators as they were marching on the Israeli military crossing point from Bethlehem to Jerusalem. “Press freedom celebrations are a unique occasion for journalists around the globe to unite and demonstrate their attachment to press freedom values,” IFJ president Jim Boumelha said. “We cannot accept that such occasions are used by military forces to attack journalists and do just what Press freedom day celebrations denounce – that is, the targeting of journalists. We wish our colleague Abdel Nasser and his colleagues injured well.”

An update on the ‘good governance coup’ – political will, corruption in Fiji 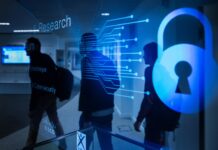