Peter Godfrey and Selwyn Manning.[/caption] RADIO: FIVEAA AUSTRALIA & EVENING REPORT: Selwyn Manning and Peter Godfrey deliver their weekly bulletin, Across The Ditch. This week they discuss how the New Zealand Reserve Bank is speaking out backing a capital gains tax as a means of cooling down a heated Auckland property market. Peter raises the issue of domestic violence and discusses how Australia’s statistics show one victim of domestic violence is killed every three days. And the weather, both NZ and Australia feel the icy grip of winter approaching. ITEM ONE: This is a huge issue for New Zealand and a major challenge for the Government. Its ideology first ‘hands off the market’ approach is failing and the Cabinet appears reluctant to permit a pragmatic interventionist response to occur. It is unprecedented that the Reserve Bank would speak out against Government policy, and advocate the opposition’s capital gains tax policy from the last election campaign… but that is what is now happening. The Government has permitted a solution-vacuum to occur, and the NZ Reserve Bank is occupying the space. (reference: State Of It: Capital gains tax mooted by New Zealand Reserve Bank) THE RESERVE BANK OF NEW ZEALAND has issued a public statement backing a capital gains tax (CGT) as a way of correcting an over-heated Auckland housing market. It is the most persuasive indicator so far that the Reserve Bank’s preferences are out-of-step with current Government policy. Throughout 2014 and early 2015 Finance Minister Bill English ruled out a capital gains tax as a prudent policy response to Auckland’s problematic housing market. During the 2014 General Election, the Prime Minister also insisted a CGT was not needed and Labour’s backing of it as a Reserve Bank tool was ridiculed. But on Wednesday, in a speech to Rotorua’s Chamber of Commerce, the Reserve Bank’s deputy governor, Grant Spencer, laid bare the Reserve Bank’s thinking. Spencer suggested a CGT is now needed to ease investor demand that is currently, in tandem with other factors, driving Auckland house prices up at unsustainable rates. (Ref. LiveNews.co.nz) Spencer underscored how attempts to cool the market, through increasing supply – medium to long term remedies that may lift the number of houses on the market, the unlocking of green fields land, and, an intention to break the back of local government bureaucracy through Resource Management Act reform – have proven to be problematic. But Spencer’s message also suggests the Government must act on demand and roll out a response that is specifically designed to ease investor demand on Auckland’s current housing stock. When reading Spencer’s Reserve Bank speech, it is clear, there now exists a significant risk to the New Zealand economy. The Government’s reticence to address investor/speculator demand – whether it be foreign in origin or domestic – has permitted paper values to climb beyond real value and beyond sustainable limits. It reminds us of International Monetary Fund warnings that the New Zealand dollar was around 15 percent above true value and OECD cautions that Auckland’s house prices were bloated above comparative markets offshore. The big risk is what the Reserve Bank calls disruptive correction, which is economic-speak for a broad-based implosion of New Zealand’s domestic economy caused by an imbalance between Auckland and out-of-Auckland housing values and the negative effect such an occurrence will have on our banking system. The situation exposes the Government to accusations that it places its ideology (that the market will correct itself) ahead of a pragmatic solution. ITEM TWO: Peter raises the dire statistics relating to domestic violence in Australia, where a victim of domestic violence is killed every three days. They discuss the situation in New Zealand and how domestic violence crime occurs right across our societies, occurs in all communities rich or poor, in all ethnic groups, and across the urban centres and rural areas, and how the triggers of domestic violence are multiple and complex. ITEM THREE: Last week South Australia felt the advent of winter. This week, New Zealand is feeling winter’s icy breath! It may only be early April but snow is already falling in the South Island and parts of the North Island’s central volcanic plateau. Even in the North, in Auckland, the evenings seem dark, and the warm sunshine of last week seems a distant memory. WeatherWatch head analyst Philip Duncan said temperatures would warm up over the next couple of days, with temperatures in the late teens to early 20s. He told the NZ Herald Temperatures would continue to climb Thursday as the cold front moved off to the east. But temperatures would fall again as rain moved in from the south from Friday. Across The Ditch broadcasts live on FiveAA.com.au and webcasts on EveningReport.nz. –]]> 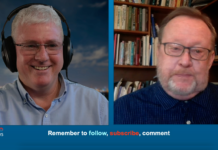